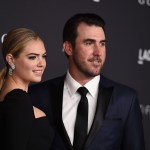 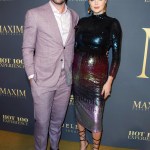 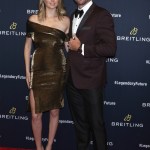 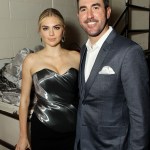 Without Kate Upton, 28, Justin Verlander, 35, may not be alive today. Justin went from being the Major Baseball League MVP in 2011 to giving up “more runs than any other pitcher” in the league in 2014. Only his wife, Kate, could coax him back to a healthy mental state after his fall from baseball glory, the Houston Astros pitcher revealed in an Aug. 9 interview with Bleacher Report. “Who knows,” Verlander told the sports news outlet, “if I’m even here if it wasn’t for her?”

“She was instrumental in me not…like, jumping off a bridge,” Justin revealed. “I was depressed and kind of just upset at the world and trying to hide my own sh*t.” In 2013, a groin injury led to the discovery of a core muscle injury in his abdominal muscles, which then required a bilateral sports hernia surgery. The following year, Justin was threatened with a shoulder surgery that could end his career as a pitcher. “I really thought it was the end,” Justin admitted. “F**k, man,” Justin then told the interviewer, his voice breaking. “She was what I needed.” In Justin’s industry, being so vulnerable is often frowned upon. During a time Kate called “so emotional,” Justin said his then-girlfriend was “basically a therapist” to him. “I don’t like to talk to people about being hurt. As athletes, you’re not supposed to. It’s an excuse…But she was someone I could talk to,” the pitcher said. “Somebody I could trust with…worries about my career. Worries about, Can I make it? Worries about what I’m going through to get back. And just the overall sh*ttiness of it all.” Justin sweetly added that as a woman and model, Kate, whom he wed in November 2017, has “obviously dealt with more than [him] in her life.”

Ironically, after Justin said “trolls” accused Kate of ending her then-boyfriend’s career, he soared back to All Star stats in 2018. The publication revealed that Justin’s stats may be the MLB best at the moment: 156.1 innings in 24 starts, 11-6 record, 2.19 ERA, 204 strikeouts. To top off this amazing news, Kate announced she’s pregnant with her and Justin’s first child on July 14. We’re happy that Justin’s recovered and removing the mental health stigma among professional athletes. But, wow, we’ve earned a whole new level of respect for Kate.