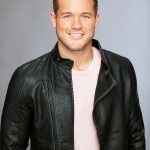 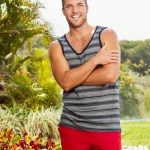 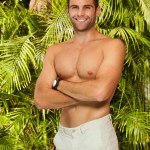 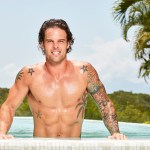 He’s back! Grocery Store Joe is looking for love on ‘Bachelor In Paradise’ season 5. Here’s what you need to know about the guy Bachelor Nation is obsessed with!

UPDATE: Grocery Store Joe was confirmed as a cast member on season 27 of Dancing With The Stars on Sept. 11. Grocery Store Joe is coming back to Bachelor Nation! After a very brief appearance on The Bachelorette, Joe Amabile is ready for a second chance at love in Mexico. The 32-year-old captivated Bachelorette fans from the moment he was on the show, so it’s not a surprise that everyone is psyched about him being cast on BiP, which premieres Aug. 7 on ABC. If you don’t already know about Joe, we’re here to catch you up to speed.

1. Yes, he’s really a grocery store owner. Joe’s store is located in Chicago, which is also his hometown. In his intro video for The Bachelorette, the 32-year-old says he’s “successful in produce” but “unsuccessful in love.”

2. Becca Kufrin let him go on night one of The Bachelorette. When Joe first introduced himself to Becca, he said: “I’m Joe and I forgot everything I was going to say to you.” Fans instantly fell in love with Joe’s genuine personality and the fact that he owns a grocery store. He had a whole boy-next-door vibe going for him. Bachelor Nation was shocked when Becca sent him home in the season premiere. Fans have not forgotten about Joe, and that’s likely why he’s going to Bachelor In Paradise!

3. He was former one of the youngest traders on the Chicago stock exchange. He went from the finance world to small business, according to his ABC bio. By owning and managing his own grocery store, he’s following in his family’s footsteps!