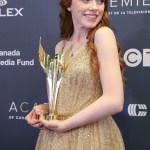 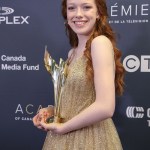 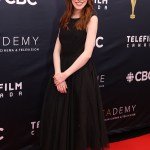 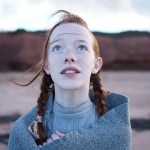 ‘Anne With An E’ is a show for all ages, that teaches modern day lessons in a 19th century setting through the eyes of 13-year-old Anne Shirley. Amybeth McNulty, who plays Anne, talks to HL about her character’s embrace of feminism.

Sixteen-year-old Amybeth McNulty is as sharp as her character Anne Shirley, based on the childhood favorite literary character Anne from Anne of Green Gables. In the Netflix series Anne With An E, which just returned for its second season, Amybeth’s Anne is a bright young girl who has experienced a life filled with tragedy, yet she remains enthusiastic and hopeful for the future. With an all-female writers room, the show explores the lives of LGBT and African American characters in the late 1800s, as well as introduces a theme of harassment and Anne’s feminism, especially in season two. “It’s interesting to see how the connection is so vivid even though this was in the 1800s, and we’re in the 21st century,” Amybeth told HollywoodLife.com in an exclusive interview. “We’re definitely bringing forward conversations and topics that are very relevant to these days but also putting them in a light of back then. It’s kind of interesting to see how although we’ve come so far not a lot has changed.”

Amybeth added that with the all-women’s writing room and Anne’s strong views about how people should be treated, the modern #MeToo movement is ever-present in Anne’s world. “Yt’s interesting to see Anne’s views because she’s not pushing them on anyone else, but it’s just the way she feels. It’s as simple as that and there shouldn’t be any other way, other than equal rights,” Amybeth explained. “There is a particular episode that deals with harassment. It was interesting to hear that every single women on that set could relate to it, no matter what age they you were. It was heartbreaking but realistic to our lives right now.”

While the realization that so many women have experienced harassment in the workplace, Amybeth is hopeful for the future, just as Anne would be. “We’ve come such a long way but there’s so much further to go,” she said, adding, “We still have fights to fight and we still have things to conquer, but we’ve come a really, really long way. I’m so excited for the future and what it holds.” You can binge Anne With An E season 2 on Netflix, now!