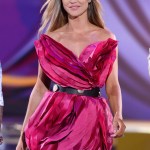 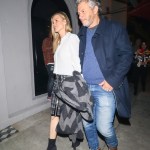 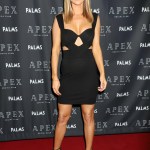 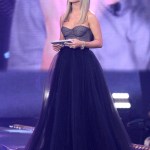 Conrgats are in order for Joanna Krupa and businessman Douglas Nunes! The couple tied the knot today, Aug. 4, in Poland! See her stunning wedding dress here!

It’s a special day for Joanna Krupa! The 39-year-old model married her businessman fiancé Douglas Nunes in Krakow, Poland just five months after they announced their engagement! Krupa was seen arriving at the ceremony’s venue with her family and bridesmaids, while wearing a gorgeous white mermaid-style gown.

While stepping out of her car, the supermodel could be spotted under a long veil. For her special day, she styled her hair back into a neat bun, and accessorized with earrings and two red bracelets. Gorgeous!

Krupa announced her engagement on Instagram in March. “Just another weekend in the Krupa-Nunes household,” she captioned a photo of their hands clasped together, showing off her diamond engagement ring as three adorable dogs hung out in the background. The announcement was a surprise to fans as the couple have kept their relationship private. The social media post was actually the first photo that she had shared of them together.

Krupa and Nunes’ engagement was a quick one, coming just eight months after the Dancing With The Stars alum finalized her divorce with Romaine Zago. The pair had been married for four years before calling it quits in July 2017.

As fans would know, Krupa rose to fame as a model and Playmate, posing twice for the cover of Playboy magazine. She also appeared on The Real Housewives of Miami from 2012 to 2013. As for her new husband, he’s the president of a property development and entertainment company. Congrats again to the happy couple!