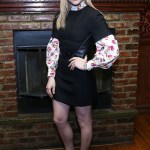 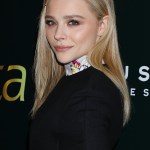 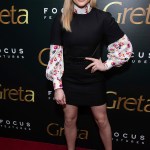 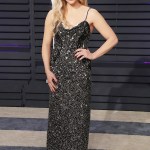 Oops! Chloe Moretz rocked a black top that was a bit more sheer than she probably anticipated. The thin material showed the pasties that were underneath.

You know that feeling when a shirt deceives you into thinking it’s opaque? Like, you put on this tee and you’re like ‘nice! this is really cute!’ and then later on in public someone brings it to your attention that it’s actually kind of sheer and they can totally see your hot pink bra underneath? Yeah. That Feeling. Well, unfortunately the deceptively sheer shirt has claimed another victim – this time, it was Chloe Moretz.

The actress arrived at the Quad Cinema in New York for a screening of her new movie, The Miseducation of Cameron Post (which, btw, is very good. Go see it. Thanks.) Anyways, when she showed up, she stepped out of her SUV to a bunch of paparazzi who took her photo. You know, the usual. But when the cameras flashed, they revealed the true sheerness of Moretz’s shirt, revealing the pasties she was wearing underneath.

While it sucks any time an outfit doesn’t fully cooperate the way you want it to, Moretz’s look was still on point. Honestly, I’d rock this, pasties and all! It’s a #LEWK. The Carrie star paired the long-sleeved black top with flared high-waisted jeans and some red patent leather booties, which I personally want to own immediately.

She accessorized with a delicate silver necklace and matching bracelet, and carried a small, black, cross-body purse. Moretz’s beauty look consisted of copper eyeshadow, subtle blush and a matte pink lip. Her blonde hair was left down, and styled into soft waves. She also coordinated her dark nail polish to her shirt.

While we can’t say for sure which cosmetic brands Moretz used to complete her makeup look, we can bet that it wasn’t KKW Beauty. The If I Stay star isn’t on great terms with the Kardashians, and she was even on Kim Kardashian‘s “haters” list that she sent her Kimoji perfumes to on Valentine’s Day. However, the little heart-shaped fragrance bottle never even made it into Moretz’s hands.

“I didn’t even get it, my publicist just took it,” Moretz told Andy Cohen on the July 30 episode of Watch What Happens Live. “I didn’t even open it. I didn’t have it. No, I never saw it. I literally got a video of it from my publicist and they were like, ‘They sent this, so we just kept it.’ So, thanks?”