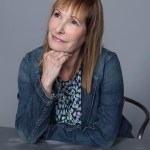 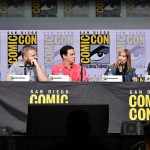 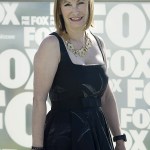 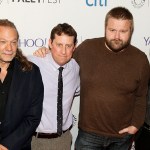 Did you realize that American women only gained the right to vote in 1920? And that it was a long, brutal battle for women to cast their ballots! Don’t ever take that right for granted– vote in the mid terms.

Gale Anne Hurd, 62, is an uber successful executive producer of The Walking Dead, Fear the Walking and the upcoming horror film, Hell Fest, but what she’s just as passionate about is making sure that young women “have a voice in our democracy!” With the midterm elections just over 3 months away, Gale is urging every one of you to not turn you backs on voting – That would be “a travesty”, she warns in an EXCLUSIVE piece for Hollywoodlife.com. Here’s why she believes in her own words, it’s critical to vote on Nov. 6 .

“First of all, I believe that it is our responsibility as citizens of this nation to exercise our right to vote, as women especially. This is not something we’ve always had. It’s something that the suffragettes, worked for very hard, so we could have a voice in our democracy. We didn’t have one prior to early last century, and to turn our backs on something that important, is a travesty. Now, what’s important to remember is that in addition to voting in presidential elections, vote also for your school board, the city council, the mayor, the state and local governments. These all affect our lives each and every day, in small and big ways. We all saw that with so many people sitting out the last presidential election in 2016, that not only did Trump take over the White House, but the Republicans also gained control of the Senate and The House of Representatives. The Republicans were able to confirm Neil Gorsuch to the Supreme Court, and with another opening there now, they are able to also have the judicial branch, representing one ideology.

If you agree with that ideology, go out and vote for them, but if you don’t, the only way you can change the course of the nation is by exercising your right to vote in each and every election. Women are now at risk (with the Trump administration) of losing rights that they take for granted, but that they didn’t always have. For example, a woman’s right to choose, and our right to have the healthcare that we need. The Affordable Care Act, may not seem like it will affect you, but (if you don’t have it providing affordable healthcare to you), there will be no requirement for your health insurance to cover your maternity care and childbirth. Without it, it’s impossible to pay for it.

Even if you don’t care about yourself, think about your friends and about future children. Think about what is happening to the environment, the denial of climate change, the opening up of our national parks to exploitive mining, the destruction of the marine environment. You don’t come back from this. Once they are ruined, they are destroyed forever. And it’s happening now, and if we don’t vote, we will have contributed to that.

Now, let’s just talk about the possibility of Roe v. Wade, which was decided in 1973, being overturned by the Supreme Court. I knew people in high school, who were raped and had to get illegal abortions. I cannot even begin to tell you about the fear I saw. Imagine if you were raped and could not have access to an abortion.

On the subject of immigration and children being separated from their parents at the border- this speaks very significantly to me. My great grandmother was a Mexican immigrant and my daughter, Lolita, is named after her. The idea that parents will not be reunited with their children, because the parents have been deported, runs afoul of everything this nation stands for. We were founded by immigrants!

I’m incredibly fired up to bring positive change and hope you are too. The best way to focus your efforts and energy is to vote for candidates you believe in. But sometimes that means the lesser of two evils. Too many people sat out the 2016 election, saying I don’t love Hillary and look what we ended up with. Sometimes your vote, is a vote against. Make sure you register to vote before the Nov. elections.

You can register right here on Hollywoodlife.com using their Rock The Vote module embedded below. And if you want to do more than vote, I recommend getting involved with the Moveon.org and thelastweekend.org. The presidential election was decided by 80,000 votes. Every vote matters. Your vote matters.

Gale Anne Hurd is a legendary award-winning film and television producer, who has her own star on The Hollywood Walk Of Fame. She has written and produced several ‘Terminator’ films, produced two Aliens movies and produces ‘The Walking Dead’ and ‘Fear The Walking Dead’, among many other projects.