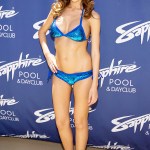 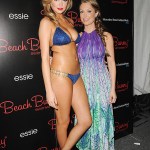 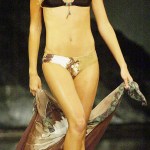 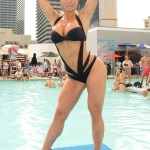 There’s nothing that makes a bikini body even hotter than wearing high heels to make legs look long and toned. We’ve got stars who have nailed this look down to an art form.

Wearing high heels with bikinis is totally impractical when it comes to hitting the beach. But poolside the look makes legs look long and toned while giving butts a perky boost. Celebs have taken a cue from beauty queens who wear heels while competing in swimwear during pageants that the style is super sexy. Both Gisele Bundchen and Kate Upton have paired heels with bikinis during modeling gigs, showing off their envious gams. Kate went on to become synonymous with bikinis by landing three covers of the Sports Illustrated Swimsuit Edition in the years since she modeled a purple two-piece and heels at the Beach Bunny swimwear show in 2012.

Lady Gaga dared to wear high heels in the sand on the beach in Miami in Nov. of 2017 as her Joanne tour rolled through South Florida. It wasn’t a typical day of swimming and sunning, as she posed for an Instagram pic wearing silver metallic bikini top, white bottoms, a necklace, body chains and a black sheer shorty cover up. She then gave fans a glimpse of her peachy behind, showing off that she was wearing a thong!

Coco Austin threw a Las Vegas pool party in 2011 and she did not disappoint. The reality star showed up in a tiny white bikini and sky-high gold platform heels that made her legs look super long and strong. Of course hubby Ice-T was along to share in the fun and admire his gorgeous wife. He stayed in a cabana while Coco got to work the crowd and pose while looking so fine. She did it again in 2013 while wearing a black bikini and heels for the Planet Hollywood Pleasure Pool Bikini Contest. 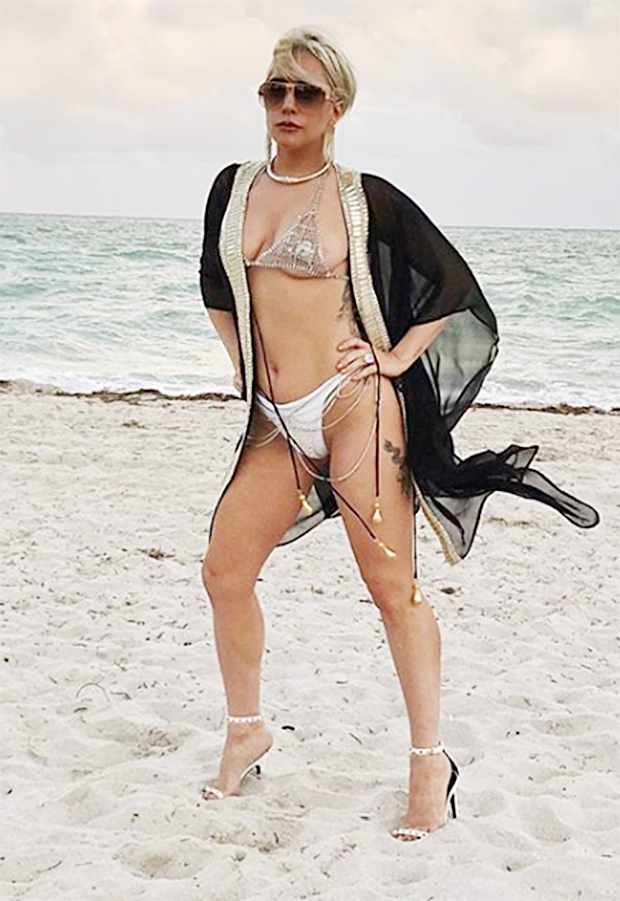 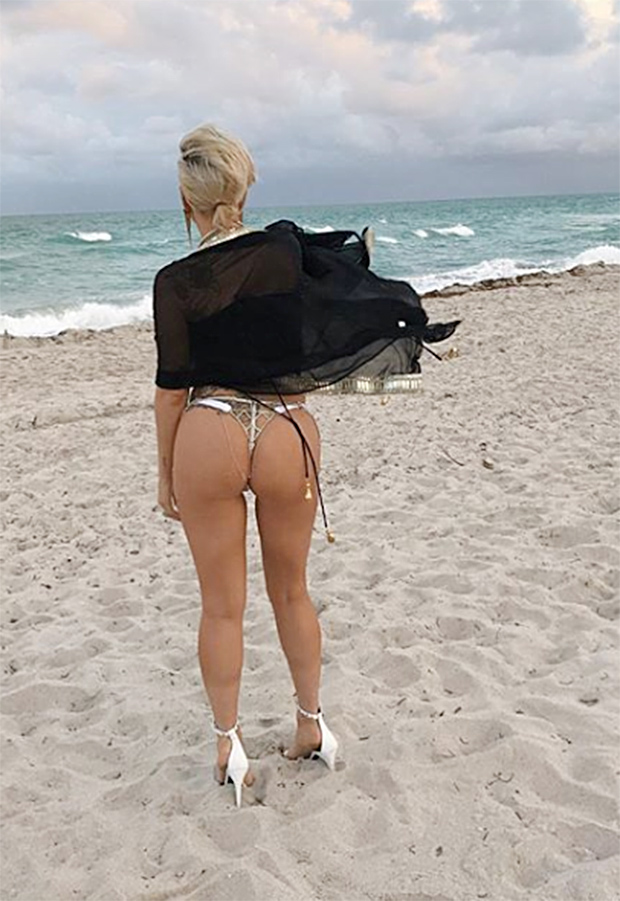 Vegas seems to be THE place to show off bikinis and heels, as in addition to Coco, Real Housewives of Orange County star Gretchen Rossi has rocked the look in Sin City several times. In 2013 alone she wore the combo to the opening of the Sapphire Pool and Day Club grand opening in a light pink bikini and wedge heels. Three months later she was back at it again in a dark pink bikini and spiky heels for the Bachelorette Beach Party at Tao Las Vegas. Former Playboy Playmate Holly Madison has made Vegas her home for over a decade and wore heels and a red bikini to promote the changing of the iconic “Welcome To Las Vegas” sign. We’ve got pics of all your favorite stars rocking bikinis and heels in a gallery here.