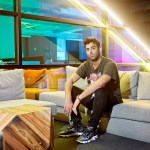 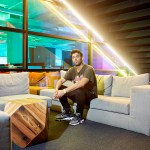 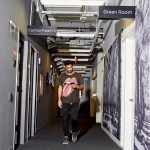 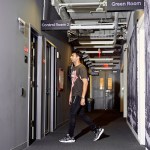 Sneaker lovers embraced when Joe La Puma decided to turn ‘Sneaker Shopping’ into a series. Now, it’s the No. 1 sneaker series on the web, bringing in stars such as Migos and more! Inside the hit series with host, Joe La Puma!

Joe La Puma was made for Complex. If the brand had a living, breathing, life-form (who’s incredibly dressed, poised and rocking the latest sneaker trend) walking around, it would be Joe La Puma. He truly is the “story” you hear from the age-old saying, ‘You work from the bottom up.’ He’s paid his dues. After sitting down with him inside the Complex offices in New York City, I’m not going to lie, I was a bit nervous. I almost thought I was crazy at one point. ‘How am I nervous right now? This is what I do,’ I said to myself; Especially since I’ve sat down with everyone from Shaquille O’Neal, to Ellen Pompeo and more of Hollywood’s elite. But, there’s something about stepping into a room with an individual who has put their entire soul into a brand for over a decade and actually made it work, that really gives you an adrenaline rush. I wanted to be him. I still do. Not to mention, his sneaker collection is the dopest thing I’ve ever seen.

We sat across from one another in an empty conference room,  and he told me his story from beginning to end. Starting with his days as a 16-year-old kid, who was making $5.50 an hour working at Finish Line, to this very day, where he now has the No. 1 sneaker web series, ever — Sneaker Shopping. La Puma also serves as the Vice President of Content Strategy at Complex.

I walked away from our interview with a plethora of knowledge, inspiration, ideas, and wisdom, and, the exact formula as to why this man is so successful. But, a lot of this “formula,” so to speak, isn’t an equation that can be written out, or calculated. La Puma contains things you can’t teach. And, the thing is, he’s just getting started.

Where it all started…

“16-years-old, I was on the track team in high school. The guys were all older, but we were best friends, we did everything together,” he began. “We were all looking for jobs and Finish line was opening a store.” La Puma went on to explain that the hiring process wasn’t exactly kosher. “Literally, they were like, ‘If you sign your name on this white piece of paper, then you can work here.’ — 10 of us from the track team signed our names that day.” The new Finish Line employees, La Puma and his track squad, would set up the store’s shelves and organize the stockroom. “I remember I was making $5.50 an hour,” he recalled. “I remember the first day of work, everyone had clean shoes, and I was like, ‘I don’t have any cool shoes to wear.’” (Can you believe that?) “I splurged and got a pair of shoes for work. I was always into sneakers,” La Puma said, eventually recalling a time when he tried to take his phone bill money to buy a new pair of Jordan 17s… (His mom caught him).

Two months went by and La Puma was one of the only guys left setting up the shelves and organizing the stockroom at Finish Line. His love for sneakers took him on a 5-year journey at the store, on-and-off, through college breaks and all. He would eventually meet his mentor, who would teach him everything he needed to know about the sneaker business. “At the time, we met once briefly, and I remember we vibed really well,” La Puma recalled with pride. The man, Brione Schneider, would later manage the store La Puma was a salesperson at. “He taught me everything.” I instantly heard the emotion in his voice when he recalled his late mentor. “He was a hustler, gained like a million dollars in a small store in Bayshore,” La Puma said, explaining, “He just had crazy strategies, crazy competitiveness and crazy taste… He was wearing Lacoste polos with Seven jeans before anyone was doing it in the tri-state.”

While he was absorbing everything he needed to know about sneakers working at Finish Line (and putting his paycheck right back into the store for a fresh new pair of sneakers), La Puma was also interning at Complex. “I was working 5-days a week at the store, and interning here [at Complex].” As for what his interning duties entailed? — “I was calling in product for pages of the magazine, because the mag was the focus back then. I remember I was faking it. I thought I knew stuff and I didn’t compared to the people that were working here.” La Puma went on to intern for two years, wondering if he’d ever see his own words inside the magazine’s coveted pages. “There were days where I was like, ‘This is never going to happen.’ I always wanted to write for the magazine and in college I would hang it on my dorm room,” he said, smiling. “It was thee magazine for me.”

While the future wasn’t certain, La Puma went through the motions of what he would really become. “There were days where I was like, ‘Oh they really need me here. Then there were days where I was like, ‘Oh, if weren’t here, they wouldn’t notice.’” He knew he had to make a move. “Then, Noah Callahan-Bever [Complex’s former Chief Creative Officer] sat me down, and I was like, ‘I’ve been interning for almost two years, is this ever going to happen?’ He [Callahan-Bever] said, ‘It’s going to take a little bit more, but we’ll get you out of Finish Line, we’re going to get you out of retail, sooner than later.’ — That’s when La Puma was brought on as the Online Editor in 2006, when just three people worked on Complex’s website. Now, 12 years later, there are over 300 people working on the site.

“I remember all I wanted to do was write for the magazine, but people were like, ‘Stick with online, this internet thing [laughs] is going to be very big,’” La Puma recalled, adding that while everyone was much better at writing, he was figuring out the internet, always staying ahead of the curve. “I got to be a driving force in online very early here,” he said, noting that his role began to spread beyond his initial thoughts.

Now, he’s written 18-20 cover stories for Complex, profiling stars such as Justin Bieber (twice), Katy Perry and many more. Adding a perfectly timed curveball to his already intriguing story, La Puma’s first-ever cover story only came about because a fellow colleague got a migraine. “It was Tracy Morgan and Christopher Mintz-Plasse, it was around an election time, so we wanted to do an election issue,” he recalled. “It was a double cover story, and the writer got a migraine that day… It was my first interview, and it got picked up by Perez Hilton’s ‘Quote of the Day,’ which was huge then. — I remember thinking, ‘I like this feeling a lot.  I want to keep replicating this feeling. It was real journalism.’”

After that, stars would just pour their hearts out to La Puma. As time went on, he realized he had a gift. — Yes, he could write, he could edit, but it was the unique “rapport” he established with his interview subjects that hooked audiences like no other could. “It really prepared me for Sneaker Shopping,” he said, admitting that although he doesn’t ask as tough of questions during the web series, it was his hard-hitting cover stories that set the foundation for his success on the web. A solid example of that “rapport” would be the time La Puma had NFL pro, Marshawn Lynch — an athlete who’s notorious for never divulging anything to media during interviews — on an episode of Sneaker Shopping. Lynch was the most candid he’s ever been (and that I’ve ever seen) during an interview. It was another barrier only La Puma was able to break.

Although La Puma filmed a Sneaker Shopping video with Jim Jones at Flight Club in 2011, that wasn’t the start of the hit web series. It was just a comical video of Jones busting him about his tight jeans. “It was the first pilot of something we didn’t even know,” La Puma said of the video. It wasn’t until three years later that a minor tiff, (which was really a misunderstanding), with rapper Wale, sparked Sneaker Shopping into an actual show.

In 2013, Complex released its Top 50 Albums of the Year, a list Wale wasn’t named on. When he heard he was left off the list, he phoned an editor at Complex personally to express his disdain. That’s when La Puma had an idea to show the public that the brand and Wale didn’t have any beef. He wanted to film an episode of Sneaker Shopping with Wale as a sort of truce. “We don’t like any tension with celebrities,” La Puma said, adding that the brand never had anything against the rapper. “He’s a huge sneakerhead, like OG… Before Sneaker Shopping, Wale was a real sneakerhead.”

The episode with Wale was shot in Miami, with a much higher production value than the video Jones. However, not even then did La Puma have any idea of what he was about to launch into the web. “Nick Young later came into town after Wale, and I suggested that we do an episode of Sneaker Shopping, but we didn’t have any plans to continue it after that. But, someone was like, you should do it. So, we did more and more. That was 2014… we sprinkled in episode, no programming, it was just these one-offs that would come every few months. Then, when we pivoted to video, we made it a show and it was one of our first.” Sneaker Shopping went from a once-a-month episode in 2015, to becoming a weekly show after fans flocked to the series.

Now, Sneaker Shopping is the No. 1 sneaker series on the web, tapping today’s biggest athletes and entertainers to uncover what drives their obsession. Both episodes with Brazilian professional footballer Neymar Jr. and The Ball Family (LaVar & Co) have over 12 million views, with Migos‘ episode not far behind at 11 million. It’s an illuminating journey into consumers’ connections to footwear and how celebrities and high-fashion brands like Balenciaga and Louis Vuitton are adopting to streetwear trends.

“The sneaker culture online was always a thing but there was never something if you’re super invested in sneakers, and you’re super invested in celebrity interviews, you could get that. But this, it merges the two,” La Puma explained. “There’s so many entry entrance points to watch this show. The sneaker world was waiting for a sneaker/pop culture show, and I think the stars aligned and here we are now.”