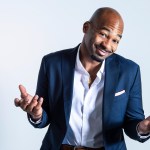 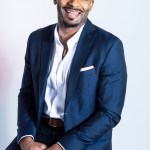 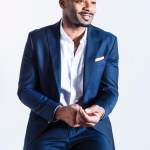 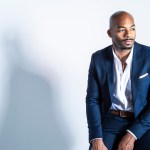 Actor Brandon Victor Dixon is challenging the way we think about allegorical figures with his portrayal of Judas in NBC’s ‘Jesus Christ Superstar Live.’ He talks to HollywoodLife.com about his Emmy nominated performance.

“I look at all of those allegorical figures in terms of what the individuals who created them are trying to tell us about philosophy, about human philosophy, about human beings lives and choices,” Brandon Victor Dixon explained, loosening his buttoned-up suit and getting comfortable as he dug into his portrayal of Judas in NBC’s Jesus Christ Superstar Live. “When I looked at what Andrew Lloyd Webber and Tim Rice did by really examining the interactions between these people whom we’ve deified, whom we paint larger than life, what I tried to look at was, how can I make people feel differently about somebody they think they know?” Brandon posed a great question, and one actors who perform in the ‘True Story’ genre often struggle with. But, Brandon wasn’t just exploring a character that people “know,” it was a character that a majority vilify.

“You walk into this calling Judas a villain, a betrayer, an evil. But, the second we open the show, you hear this monologue from Judas where he’s saying “Jesus, I love you and you’re my friend. Things are getting out of control around you. I want you to save yourself and I want you to save me,” Brandon said. “What’s interesting for me about Judas and Jesus is that they both destroy themselves and the people they love most, based on something they believe they’re supposed to do.” That interpretation draws light on the actions of people and leaders throughout history, who have started wars and genocides, based on their interpretation of religion. “The problem is not God, the problem is what people believe God wants them to do. In God we trust, God will bless us, God will win this war for us. That’s a lot of people placing a lot of death, destruction, and rape and appropriation on an entity that they claim to be all good and all powerful,” he plead.

“Maybe we as human beings need to think more deeply about our ideologies. Are our ideologies saving us or are they causing us to destroy ourselves and each other? Maybe we need to evolve them. Maybe they need to grow as we’re growing,” Brandon suggested. The character of Judas wasn’t the only opportunity that opened the actor’s eyes to this way of thinking. His portrayal of Aaron Burr in Hamilton helped him further understand society’s interpretation of historical figures and how it has affected our current behavior. “Who lives tells your story, whether that was you or not. I’m receiving the story of the person who lived. I’m not necessarily receiving the story. I see that especially reflected in what’s happening right now in America, with the separation of families at the border,” Brandon reflected. “Seeing all of the reactions, which on one hand, it’s very good to see the positive, moral outcry of ‘This is not who we are.’ But at the same time, those statements, they reek of ignorance. Because the behavior that we’re engaged in right now is the repeated pattern behavior of our country. We as a society will not actually take a firm stance in fighting against those things. Even if we might morally decry them, we will not fight against them. We will not advance across the line to stomp them out. And so they persist.”

Through his words, his actions and his characters, Brandon will continue to share these important messages. Tune in to the Emmy Awards on September 17, 2018, for which Brandon is nominated in the Outstanding Supporting Actor In A Limited Series Or Movie category for Jesus Christ Superstar Live!