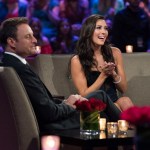 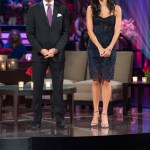 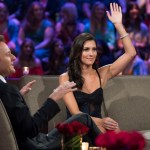 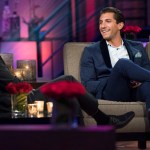 Just like the rest of the ‘Bachelor’ nation, Wendy Williams had something to say about Colton Underwood’s confession that he’s a virgin! She roasted the former NFL pro and warned Becca not to trust a virgin, ever!

Wendy Williams, 53, didn’t spare the Bachelorette‘s Colton Underwood, 26, after he admitted to Becca Kufrin, 28, that he’s a virgin during last night’s episode. “I don’t know about you, but I’ve said this consistently in almost 10 years this show has been around. Why are you 26 and a virgin? Really? What’re you doing?,” the talk show host went off on a tangent on July 10. “I believe in God and everything the way most people do, but I just don’t find the practicality of being so good looking and get-able and he’s a virgin,” she said.

Colton’s confession shocked fans around the globe last night, including Becca, who abruptly got up and walked away after seemingly being caught off guard. With Colton’s dashing good looks, his strong physique, and impressive athletic background, no one certainly saw that admission coming.

But, it’s true, according to him. “I told you earlier that I put my professional life in front of my personal life. And I spent a lot of time working on football Colton, and I sort of forgot who personal Colton was,” he explained to Becca during their date. “And I haven’t had that many girlfriends, that many dates, because of sports. Um, and because of that, I still am, I am a virgin.” Colton ended up getting a rose and making the final four, though, so he must’ve done something right.

Following the awkward moment, Becca defended her reaction on Twitter, where she claimed she go up to go to the bathroom. And, Colton even supported her claim when he also took to Twitter to “confirm there was 0 intent to be disrespectful.” He added that he didn’t take Becca’s actions in a negative way.

Soon after the episode aired, Colton took to Instagram to explain his story further. His full post is below:

Colton wrote: I know I’m not the first one to make a joke or make light of a heavy situation… it’s my way to handle certain situations. I love to resort to comedy to cover up topics that I don’t like to get serious about. On tonight’s episode I talk about something I typically avoid talking about at all costs, but it was appropriate for me to bring up. It’s something that I don’t talk about very often and something that only a handful of people know. I considered it a gift and a curse for many years, but finally have come to terms about standing up for who I am and the details that make me, me. Anyone who feels like they are hiding their truth out of embarrassment or fear of being judged… I HAVE BEEN THERE. You are not alone, I have covered up my truth with lies and tried to “fit in” – while I thought fitting in was what I wanted, I’ve recently learned that being different is what I need. We all have something that we hold close to us and something that makes us unique in our own ways. I ask for respect from everyone I meet moving forward and I’m here to call on everyone that needs that extra motivation to be “different” – HERE IT IS. Be who you are. I love you all.