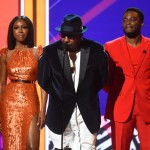 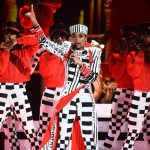 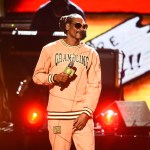 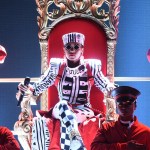 Nicki Minaj put on quite a show while performing at the 2018 BETs. But while her set was hot, her outfit was completely on fire! The rapper wowed in a red bodysuit that totally showed off her killer figure, and you better believe she looked fierce AF.There’s no doubt Nicki Minaj, 35, knows how to command attention. And while she was performing “Chun Li” and “Rich Sex” at the 2018 BET Awards on June 24, the artist did just that with her sick vocals and even sicker outfit! Nicki rocked a cherry-red patent leather bodysuit with black leather kimono robe, and she looked beyond sexy, stylish, and self-assured. We love how she turned it up a notch for her big moment on stage. And even better, her confidence was off the charts!

Nicki took the stage in red leather thigh-high boots that were beyond sexy. Up top, she began her performance in a black patent leather short kimono robe complete with red trim and a hood. The piece also had wild statement sleeves! Around her neck, Nicki wore a necklace that read “Chun Li.” As soon as she began “Rich Sex,” though, the rapper threw off her robe to reveal a bodysuit featuring a super deep v-neck and fabric on the sides emulating a skirt. Aside from flaunting her cleavage, Nicki also got on the ground and twerked her butt at the audience while rocking her skintight ensemble. For YG’s “Big Bank” feat. 2 Chainz, Big Sean, and Nicki, the artist rocked a pink sparkly bodysuit and sat on top of a  pink pony because of course.

Nicki and Ariana Grande, 24, released an explosive new video for their track “The Light is Coming” just earlier this week on June 20, after an already-busy past few months of her own. Nicki has been killing it lately with new music, concerts, and mag covers, and she doesn’t seem to be slowing down one bit. “I feel like true icons shift music, uplift music, switch music, have the balls to take a chance,” she told Elle magazine for their July cover story. “The things that people do come so easy to me. I could do it in my sleep. But I’m such a perfectionist that when something is too easy to me, I actually feel guilty.” She continued: “It would’ve been so easy to listen to all the trap music out there right now and say, ‘Let me just copy this.’ But I wouldn’t have been able to live with myself.” 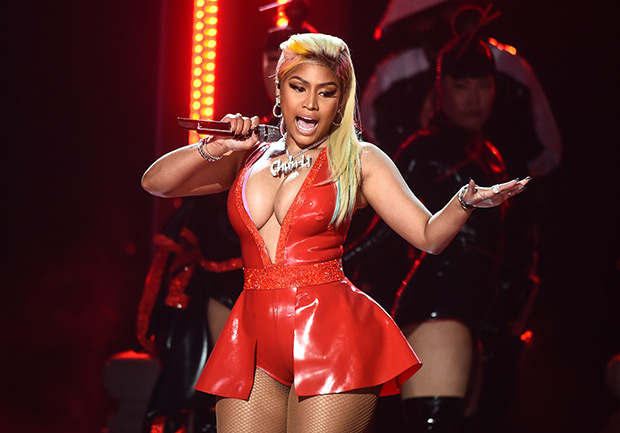 Nicki, who’s no stranger to the BETs, is nominated for three awards this year. She’s up for Female Hip-Hop Artist of the Year, the Viewer’s Choice Award, and Gospel/Inspirational Artist of the Year for her song “I’m Getting Ready.” But win or lose, tonight Nicki looked AND sounded incredible, making her a winner in our book!