Charlie Puth hit the red carpet at the Radio Disney Awards looking like a different person! Instead of rocking his signature brown curly hair, the singer looked nearly unrecognizable with straight, blond locks! See his before & after!

Is that you, Charlie? Charlie Puth, 26, shocked fans when he showed up to the 2018 Radio Disney Music Awards with a whole new head of hair! The “How Long” singer clearly got an edgy new haircut, not only spicing his look up with a longer, messier ‘do, but he also completely changed his color. Going from a rich brunette to a platinum blond, we almost had to do a double take when we saw him on the carpet! In addition to his startling new hair, Charlie was also sporting more stubble than usual. Clearly the star felt he needed a big change, and we’re not hating it!

Charlie debuted his new look just in time for his Radio Disney Awards performance, as he’s taking the stage during the show to sing something presumably off his new album Voicenotes, which dropped in May. The actual award show will be broadcast tomorrow, on June 23. HollywoodLife.com was the first to tell you that Charlie would be performing at this year’s RDMs. In fact, at the time, he spoke with us EXCLUSIVELY and even hinted that he’d give himself a wild makeover for his big performance.

“I always wait until the last minute, it’s way more fun for me to have it not so thought out, just really have it be all-encompassing, surrounding the musical elements,” Charlie told us when asked about his performance plans. “Maybe I’ll do something crazy, like dye my hair green.” Well, while he didn’t go with green, he definitely did something a tad “crazy.” Now we just can’t wait to see him perform! 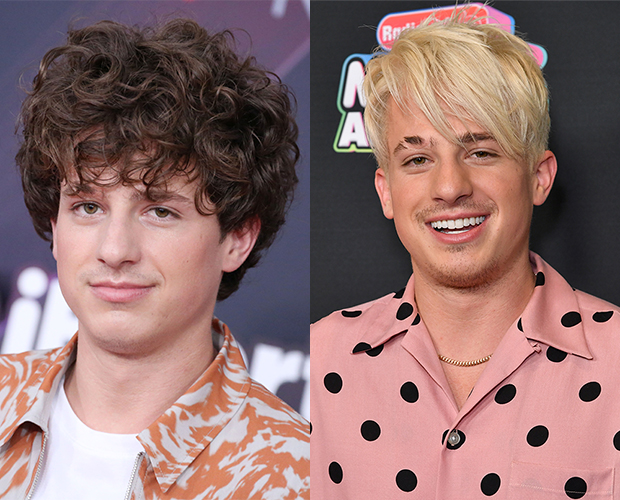 Charlie is no stranger to the Radio Disney Music Awards, and this year he’s nominated for “The Buzz – Breakout Artist of the Year” award. He previously received two nominations in 2017 for “Musical Collaboration” and “Breakup Song” for his chart-topping track “We Don’t Talk Anymore,” which featured fellow RDMA nominee Selena Gomez. Good luck tonight, Charlie!