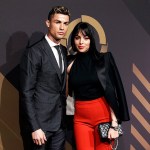 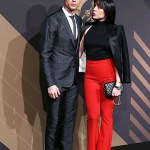 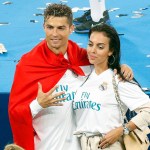 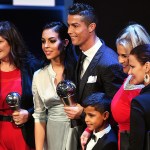 Is Cristiano Ronaldo engaged to girlfriend Georgina Rodriguez? See the massive diamond ring she was wearing at the World Cup that has fans speculating about a wedding!

Don’t be shocked if you see Georgina Rodriguez, 24, trying to hold up her hand. The model is carrying some serious weight around, sporting a massive diamond ring on her finger at the 2018 World Cup. Georgina was photographed with the stunning sparkler in Moscow on June 20, and many are speculating that her baby daddy, Real Madrid star Cristiano Ronaldo, 33, proposed! Check out the rock below. We suggest putting on your sunglasses first, because that thing is blinding!

UPDATE: “At this time I cannot confirm nor deny that Cristiano and Georgina are engaged, I simply do not know,” Cristiano’s rep told HollywoodLife EXCLUSIVELY. “What I do know is that Cristiano has once again proven today at the Fifa World Cup that he is the best soccer player in the World.”

The ring in question is reportedly courtesy of Cartier, according to The Sun, and costs more than $800,000! While it could just be a shiny present, pics of Georgina hanging out with a friend during the Portugal vs. Morocco World Cup clash shows her pal looking absolutely shocked as she flaunts her sparkler. Possible Maid of Honor? Ronaldo reportedly purchased the ring back in May, and this appears to be the first time we’ve seen it out in the wild.

Ronaldo and Rodriguez share one child together, a baby girl, Alana Martina, whom she gave birth to on November 12, 2017. The couple first sparked romance rumors when they were spotted on slew of dates at the end of 2016. Ronaldo is also father to a son, Cristiano Ronaldo Jr. 8, and one-year-old twins, Eva and Mateo, all of whom were welcomed via surrogate. The football star has always protected the identity of his surrogate.

We can’t wait to find out if the happy couple is really getting married — and when that wedding will be!