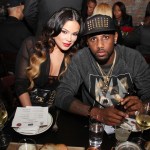 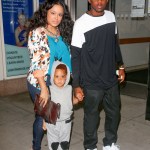 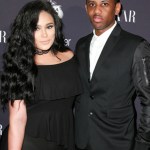 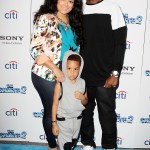 This is not a good look. Fabolous was caught messaging a sexy model on Instagram on June 20, and she posted their exchange to her story! Check it out here!

It looks like Fabolous, 40, will be back in the doghouse pretty soon. Well, maybe. The “Make Me Better” rapper seemingly made a pass at an Instagram model named Fiorella Zelaya, and she was not having it! When Fab messaged her “You don’t stay in NY, do you?” Fiorella, who’s username is misssperu, screen grabbed the exchange and wrote the words “Nah I’m good love, enjoy” over it.  She also went on to post another story that read, “1. I’m Engaged 2. I hate abusive men. 3. I hate cheaters. 4. I have a business email. 5. I’m not in NY. 6. I love my teeth. 7. I have standards. 8. I’m not a video vixen. 9. Read #1.” Of course, she’s referencing Fabolous’ recent drama with his baby mama Emily B, in which he was accused of physically assaulting her by knocking out her teeth. Yikes!

While Fabolous could have been just trying to say hello, we’re not sure how Emily will take it. After all, the two who share two children together–Jonas and Johan Jackson, are reportedly living together again despite their legal issues. “The public doesn’t really know this, but they live together again,” a source explained to The Jasmine Brand. “They were back together shortly after the situation blew up on social media,” the source continued. The estranged couple also were reportedly seen at Coachella together in April.

The news of them reuniting was especially shocking considering Fab turned himself into police after they were called to his and Emily’s home for a domestic dispute back in March.

Nevertheless, Fab’s DM to Fiorella couldn’t have come at a more terrible time. So, let’s hope he has a good reason for all of this!