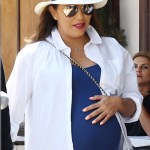 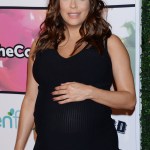 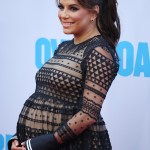 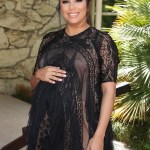 Welcome to motherhood! Eva Longoria & her hubby, Jose Baston, are new parents after Eva gave birth to her 1st child — something she’s wanted for a while!

Congrats to Eva Longoria, 43, and her husband Jose Baston, 49! The two welcomed a precious baby boy on June 19, according to HOLA! USA. “We are so grateful for this beautiful blessing,” the couple told the publication. We could not be happier for them! The bundle of joy is Eva’s very first child, while Jose is also the proud father of daughter Natalia and twins Mariana and Jose , whom he shares with ex-wife Natalia Esperón. Eva has been vocal about how excited she is to have a baby of her own, and we just know she’s going to make one incredible mom! Click here to see adorable pics of Eva Longoria and Jose Baston together.

Eva’s exciting pregnancy news first broke late last year, with the actress confirming the rumors in December. Since then, she’s been anything but secretive about her maternity journey. “I’m in the golden months right now,” Eva told People magazine back in February. “I’m full of energy, and the hard part of the first trimester is over.” Despite enjoying her later months of pregnancy though, the star also “couldn’t wait” for her son to arrive!

While Eva regularly showed off her adorable baby bump on social media during the second half of her pregnancy, the star admitted she was actually really sick for the first few weeks of her first trimester. “I was so nauseous and tired,” she told US Weekly. She also happened to be directing episodes of Fox’s comedy The Mick at the time, which didn’t help things. “I thought they’re going to think I’m a terrible director because I’m just sleeping all the time! Every chance I got, I took a nap!”

Well it looks like finding time to sneak in naps whenever and wherever will definitely pay off now that her baby boy has arrived! Congrats again to Eva and Jose!