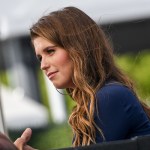 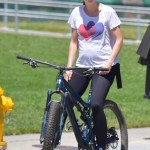 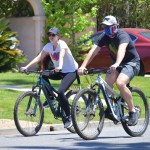 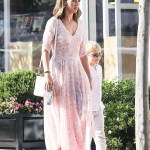 Katherine Schwarzenegger, daughter of Arnold (duh), is about to become Mrs. Chris Pratt! Learn more about Katherine, her life, and her relationship with Chris, here.

Katherine Schwarzenegger, 29,has grown up in the Hollywood limelight as the daughter of celebrities, and she’ll soon be married to one. But she’s so much more than that. Katherine’s a best-selling author, a beloved blogger, and an ASPCA ambassador with a passion for animal rights. She and Chris Pratt, 39, are one of the hottest couples in Hollywood right now, and they’re engaged! Here’s what you need to know about her:

1. She got engaged to Chris Pratt on January 13. Guardians of the Galaxy and Jurassic World star Chris Pratt, 39, announced that he popped the question, and he and Katherine are now engaged. “Sweet Katherine, so happy you said yes!” he wrote on Instagram. “I’m thrilled to be marrying you. Proud to live boldly in faith with you. Here we go!” He accompanied the message with an adorable photo of himself and Katherine hugging, and she’s wearing a beautiful diamond ring.

Chris and Katherine have been quietly dating for under a year, and have been seen on dates, at church, and hanging out with Chris’ 5-year-old son, Jack Pratt. But, they didn’t confirm their relationship until Katherine’s 29th birthday, when Chris posted on Instagram, “Your smile lights up the room. I’ve cherished our time together.” Aww!

2. She’s bonafide Hollywood royalty. Katherine’s parents are action movie legend (and former governor of California) Arnold Schwarzenegger and broadcast journalist Maria Shriver. She has some particularly impressive political connections, as well — see below. Her younger brother is model and Midnight Sun actor, Patrick Schwarzenegger, 25! And now, she’ll be the wife of one of the most in-demand actors in the industry.

3. She’s the accomplished author of three books! Katherine is just 29 years old, but she’s already published a number of books. Most recently, she wrote the adorable children’s book, Maverick and Me, which details how she rescued and adopted her furry friend Maverick. She wanted to just foster him, but ultimately fell in love and decided to raise him, herself. She turned their love story into an cute book to show the benefits of adopting a dog.

She released Rock What You’ve Got: Secrets to Loving Your Inner and Outer Beauty from Someone Who’s Been There and Back, in 2010. Rock What You’ve Got detailed her personal journey to achieving self-confidence and a positive body-image, in hopes to encourage others to do the same. While some took issue with the fact that they felt Katherine lived a “privileged,” others called the book “empowering” and helpful.

5. Katherine wrote a “survival guide” for recent college grads after graduating from college herself.
Katherine attended the prestigious Annenberg School for Communications and Journalism at University of Southern California, Katherine graduated in 2012 and was unsure of what to do. She sought advice from a number of her parents’ connections in several industries and compiled them into a book she published in 2014 — I Just Graduated . . . Now What? It was marketed as a “survival guide” for recent grads.