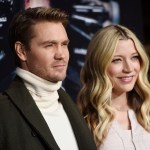 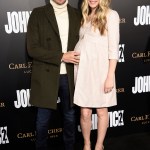 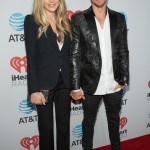 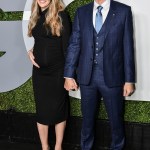 OUCH. Chad Michael Murray’s wife took to Instagram to throw some major shade and his ex Sophia Bush’s claim that she was pressured into marrying him!

Drama, drama, drama! Just days after Sophia Bush told Andy Cohen on his radio show that she felt pressured by her One Tree Hill producers to marry ex-husband Chad Michael Murray, his new wife Sarah Roemer is firing back with a meme! “Wait a second…my producers also made me marry Chad Michael Murray,” Sarah posted on her Instagram, accompanied by a fistful of hashtags, that are just as LOL-worthy. “#doitforthecrew #ikid #ilovemyhusband #familyman #IwanttobeChadwhenIgrowup  #13yearslater #iwishpeaceandloveforall,” she captioned the pic. Oy vey.

Chad also responded to Sophia’s claims with a simple, yet very telling tweet, writing, “Do u know what I do every morning? Wake in my loving family’s embrace, make coffee & breakfast 4 the kiddos with my wife. Read 1-2 chapters in the Bible 2 start the day off right. Then we plan how 2 fill the day with love 4 my family & brethren. It’s so simple yet so fulfilling.” For some background, Sophia and Chad dated while on the show One Tree Hill and became engaged in 2004. They married less than a year later, but the marriage quickly ended in divorce after 5 months. The drama came when Sophia tried to annul the nuptials, claiming fraud. Since, whenever the two do press tours for their separate projects, they’re always asked about their relationship, and drama ensues — even 13 years later.

This time, Sophia told Andy Cohen that she was “22 and stupid” and marrying Chad was “not a thing I actually really wanted to do.” Chad’s personal rep called Sophia’s statements “ludicrous” and added, “Chad conducts himself in a completely professional manner and would never marry for any reason but love.”