How does one say ‘G.O.A.T.’ in Spanish? Ahead of the anniversary of winning his sixth NBA title, Michael Jordan got the party started with a bottle of tequila, but a few fans were worried with what they saw.

When you have six NBA Championship rings and are synonymous with the sport, any time is a good time to have a drink. Michael Jordan, 55, was spotted leaving his mid-town Manhattan hotel on June 13, with a pillow, and a half-full bottle of Tres Alegres Compadres tequila. He ignored autograph hounds and “His Airness” seemed to have some red in his eyes (and a wild smile on his face.)

“Michael Jordan Look wicked as F*ck with that slit in his face he call a smile,” one fan tweeted. “Step aside Crying Jordan … and meet Drunk-ass Jordan #ErrJordan” another tweeted, referencing the popular meme. “That’s ‘still drunk from last night Jordan,’ ” another fan tweeted in response. That might be more of an astute observation than just a snide remark, because there’s a reason for Jordan to be celebrating.

On June 14, 1998, Jordan won his sixth NBA title and a record-setting sixth NBA Finals MVP. The Bulls beat the Utah Jazz in six games. During Game 6 of the series, Scottie Pippen aggravated an injury early in the game, forcing the Bulls to rely heavily on Jordan. He would go on to score 45 points, and it was his game winning shot – a 20-footer, made with 5.2 seconds left in the game – that earned him the MVP. Twenty years later, Michael may have raised a glass at the performance that earned him the title of “Greatest Of All Time.”

Actually, the second week of June is a big one in Jordan lore. June 11, 1997 was the “Flu Game.” Game 5 of the 1997 NBA Finals between the Bulls and Jazz saw the great one perform while experiencing “flu-like symptoms.” Jordan would lead the Bulls to a 90-88 win, scoring 38 points, 7 rebounds, 5 assists and 3 steals. He scored a 3-pointer with less than a minute in the game, giving the Bulls the lead. “ 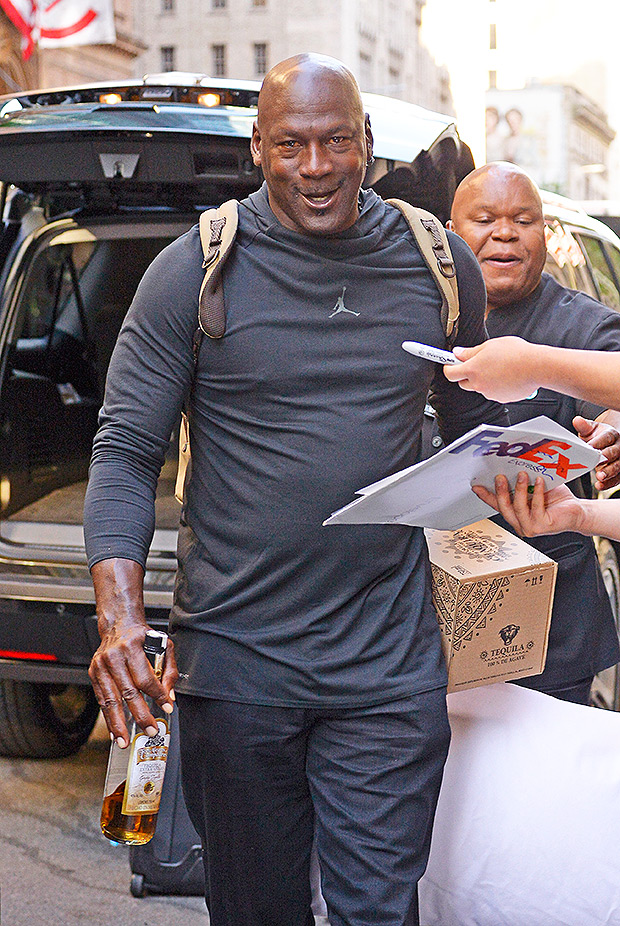 “I almost played myself into passing out,” Jordan said after the game, per The Undefeated. “I came in and I was almost dehydrated, and it was all just to win a basketball game. I couldn’t breathe. My energy level was really low. My mouth was really dry. They started giving me Gatorade, and I thought about IV.” Judging by Jordan’s eyes and that near-empty bottle of Tequila, here’s hoping someone gave him some Gatorade, water and some aspirin when he was done partying.