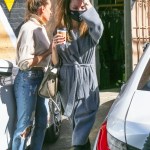 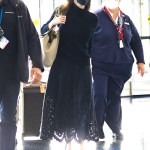 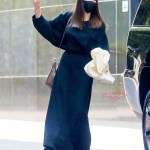 When Angelina Jolie was married to Billy Bob Thornton, the two infamously wore vials of each other’s blood around their necks. Now the actor is revealing what was really in them.

Angelina Jolie, had some pretty wild days in her younger years. When she was just 24, she eloped to Las Vegas with her Pushing Tin co-star Billy Bob Thornton in 2000 and their three year marriage was marked by self-admitted limousine sex on the way to a red carpet premiere and wearing vials of each other’s blood around their necks. Now the 62-year-old Goliath star is opening up about what was really inside of them. He tells the Hollywood Foreign Press Association’s HFPA In Conversation podcast that it was nothing as big as what the media made it out to be at the time. “The necklaces were a very simple thing,” he explained. “‘Hey, let’s poke our finger with a pin and smear a little on there, and when we’re away from each other, we’ll wear the necklace.’ That was that easy, but by the time it came out in the press, it sounded like we were wearing a bucket of blood around our necks,” he revealed. “That was a great time,” he said, reminiscing about his brief marriage to the 43-year-old mother of six.

Unlike her contentious split from husband Brad Pitt, 54, Billy Bob and Angelina are on good terms. “Angie is still a friend of mine and she’s a great person and she’s done so much. She makes movies that are important to her whether they succeed or fail, she still does what she believes in and I’ll always respect her for that. And I remember our time together has really been great. We just had different lifestyles. Hers is a global lifestyle and mine is an agoraphobic lifestyle. So that’s really, that’s the only reason we’re probably not still together,” he reveals.

Nothing much has changed on Angie’s part as she’s still a globe trotter, including her numerous visits to war-torn nations and conflict zones as a United Nations humanitarian on behalf of refugees. She wanted her children to be citizens of the world so instead of being born in the U.S., Brad and Angelina delivered daughter Shiloh, now 12, in the African country of Namibia and she gave birth to 9-year-old twins Knox and Vivienne in Nice, France, near where the ex-couple owned a massive chateau and vineyard. The couple’s 13-year-old adopted daughter Zahara hails from Ethiopia while they adopted 14-year-old Pax from Vietnam. Angelina was already a mom to Cambodian born adopted son Maddox, 16, before she met and fell in love with Brad. She’s currently renting a home near London while shooting the sequel to Maleficent, meaning her kids are still traveling the globe with their mom.