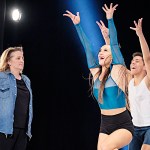 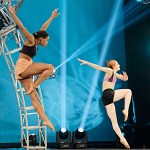 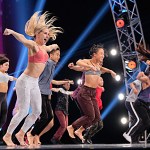 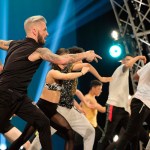 ‘So You Think You Can Dance,’ your favorite summer series, is back! Season 15 kicks off June 4, and HollywoodLife has all the information that you need to know before the premiere!

Can you believe So You Think You Can Dance is already in its 15th season? The new season will premiere June 4 at 8 p.m. on FOX. Your fan favorite judges — Nigel Lythgoe, Mary Murphy, and Vanessa Hudgens — are back at the judges’ table again this season. Emmy nominee Cat Deeley is also back as the host of the beloved dancing competition. Stephen “tWitch” Boss, who was a runner-up on the show in 2008, will be returning as a guest judge.

Dancers who audition must be no younger than 18 or older than 30 years of age. During the audition rounds, the dancers will compete in front of the judges for a spot at “The Academy” callback rounds in Los Angeles. Once the callback rounds are over, the judges will choose which dancers will move forward in the competition. Those who are chosen will move on to the SYTYCD studio and will work with world-renowned choreographers and compete live each week for America’s votes in a variety of styles. Contestants will be eliminated weekly until a winner is named on the season finale.

“It’s incredible to make it to 15 seasons, which just speaks to the impact this program has had, not only on the world of dance, but also on our loyal fans and viewers, to whom we are most grateful,” EP and judge Nigel said in a statement.

Lex Ishimoto was crowned the winner of So You Think You Can Dance season 14. She won the cash prize of $250,000, the cover of Dance Spirit magazine, and the title of America’s Favorite Dancer. A whole new set of dancers will be following in Lex’s footsteps in hopes of becoming the season 15 winner!