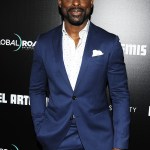 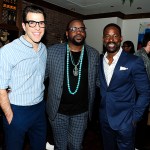 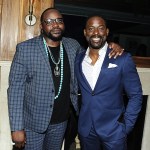 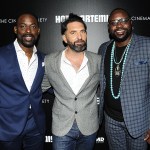 While some would compare Drew Pearce’s world in ‘Hotel Artemis’ to the apocalyptic settings of ‘Mad Max’ & ‘I Am Legend,’ the director and screenwriter’s inspiration behind the scenery will not be what you’d expect!

Longtime screenwriter and producer Drew Pearce is making his directorial debut with Hotel Artemis, a film he also wrote and filled with some of the best talent Hollywood has to offer. While the Jodie Foster-lead movie takes place in a riot-torn Los Angeles in the year 2028, Drew wouldn’t necessarily refer to his imaginary setting as a “dystopian” environment. “I was literally thinking, ‘What will L.A. look like in 10 years time?'” Drew laughed, while talking to HollywoodLife at a Cinema Society-hosted screening at Quad Cinema in NYC. “The scary thing is that what comes out is a movie that people say, ‘Oh, it’s a terrifying dystopia!’ But, let’s face it, if you’ve spent any time in Los Angeles, you absolutely know there could be a water riot any second!” Ha!

For his first directing gig, Drew inspired the likes of Foster, Sterling K. Brown, Sofia Boutella and Dave Bautista to star. Hotel Artemis follows Foster as The Nurse who runs a top-secret hospital for criminals called Hotel Artemis, which starts to fill up in the midst of riots and chaos in futuristic Los Angeles. “I’ve been on big films and written big films, but, this was my first as a director, and I’m working with a lead actress who has been acting for 52 years, so already, she’s been on more sets, worked with more directors than I ever will be in three lifetimes,” Drew explained. “On one level that’s intimidating, while on the other it’s incredibly exciting. One thing I do know is that Jodie, Sterling and the whole gang are really good at what they do.”

Drew continued to praise his cast at the after-party celebration of the film, which hits theaters on June 8. The fete took place at Society Café at Walker Hotel Greenwich Village where attendees sipped Qui tequila cocktails named after the movie!