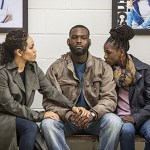 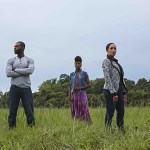 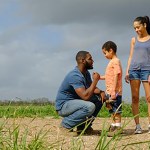 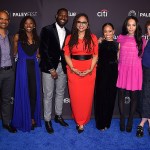 ‘Queen Sugar’ returns for its third season on May 29 and 30. HollywoodLife talked to Kofi Siriboe and Bianca Lawson ahead of the premiere about Ralph Angel and Darla’s tough road ahead. Can Ralph Angel forgive Darla?

Darla blindsided Ralph Angel in Queen Sugar season 2 when she revealed that she wasn’t sure Blue was his biological child. Ralph Angel was devastated by the possibility and ultimately ended his relationship with Darla. However, he vowed to still be a father to Blue. “Blue is the blood in my veins even if I’m not in his,” Ralph Angel told Darla.

HollywoodLife spoke EXCLUSIVELY with Kofi Siriboe and Bianca Lawson, who play Ralph Angel and Darla, about the fate of their relationship. Is forgiveness possible? Kofi “absolutely” thinks so. “I think him forgiving her is the big key to his evolution, so if he doesn’t, there’s going to be some stagnancy that he’s going to experience,” Kofi told HollywoodLife at the show’s PaleyFest event in March 2018. “I think he’s going to have to, I just don’t know what it’s going to take for him to do that fully, but I think that’s definitely in his heart 100 percent.”

Bianca hopes that Ralph Angel and Darla will find their way back to each other, but she just doesn’t know if it will be possible. “I’m an optimist, and I’m a romantic, so I want to believe that there is [a possibility for them to reunite], but this show also tries to reflect real life and truth, and sometimes as much as two people want to be together and other people want those two people to be together, it just doesn’t happen, depending on what’s healthiest for both of their healing,” she told us.

As for what’s next for Darla, Bianca was super cryptic about her character’s future. “She has definitely been on a journey and it’ll be interesting to see who she is now, how all of the things that have happened in the last 2 seasons have affected her, plus, however much time she’s been away before she returns. How has she been affected? Is she still the same Darla? Or has she maybe gone back to who she was before all the sadness came into her life?”

And what about Blue? Will this sudden change in Ralph Angel and Darla’s relationship impact the little guy? “Just thinking in terms of parents and children, I can’t imagine how it wouldn’t, but sometimes parents can also keep things from their children,” Bianca said. “It depends on how intuitive the child is.”