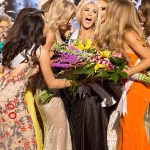 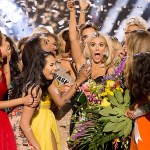 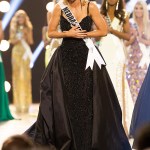 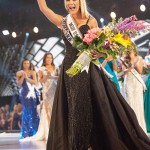 While Caelynn Miller-Keyes didn’t take home Miss USA gold tonight, she was a fierce competitor who still made it super far. Find out about this year’s runner-up, Miss North Carolina, here!

Although Caelynn Miller-Keyes, 22, didn’t win it all at the 2018 Miss USA competition on May 21, Miss North Carolina still took home an impressive prize! The beauty queen was officially named First Runner-Up, which is an incredible honor in itself. Caelynn was awarded the title after she stunned in a bright evening gown and wowed the judges with her inspiring call to action against sexual assault! There’s no question the North Carolina representative was just as talented as Sarah Rose Summers, who ended up getting crowned number one! To learn more about Caelynn, check out our five fast facts below!

1. Caelynn is a social media consultant in her hometown of Asheville, North Carolina.

2. Caelynn has a degree in broadcast journalism.

Caelynn graduated from Virginia Commonwealth University with her degree in broadcast journalism.

3. Caelynn is a survivor of sexual assault

Part of Caelynn’s platform is sexual assault, and as a survivor, she is a dedicated advocate for sexual assault prevention. She even speaks to high school and college students about the importance of consent, according to her bio page on the Miss USA website. During the competition, when asked what she’d write on a blank sign at a protest of her choice, Caelynn said she’d write, “Your body. Your rights.” She then explained that she is a victim of sexual assault and chose to speak up against her violators. She also encourages others to do the same.

4. She suffered from a life-threatening illness as a kid.

As a small child, Caelynn was given only a 10 percent chance of walking again after struggling with a life threatening illness. However, she proudly and gracefully walked the stage tonight!

5. She’s close with her family.

This past Mother’s Day, Caelynn shared an adorable photo of herself with her mom, writing “Happy Mother’s Day mom, I love you!” In the photo, Caelynn was dressed for graduation in a cap and gown. Both women had huge smiles on their faces in the snapshot!