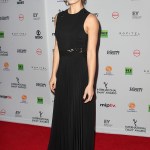 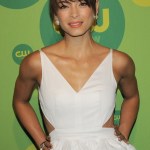 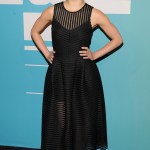 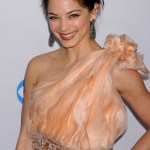 Kristin Kreuk allegedly introduced ‘Smallville’ co-star Allison Mack to NXIVM, but a former member tells us EXCLUSIVELY that she fled once she heard rumors it could be turning in to a sex cult, while Allison stayed on.

Former Smallville star Kristin Kreuk, 35, has admitted that she took part in the controversial women’s self-help group NXIVM. But she claims she left before witnessing any of the alleged sex cult activity that the group’s founder Keith Raniere and Kristin’s former co-star Allison Mack have been accused of. The pair have been charged with sex trafficking, sex trafficking conspiracy and conspiracy to commit forced labor. A former member of NXIVM says she heard whispers about what was going on and bailed from the group before she had a chance to find out if the horrible rumors were true, and that Kristin did the same thing.

“Some years ago I started hearing some strange things about Keith manipulating women into having sex with him. People in NXIVM were starting to question his motives and that’s when I got out and a number of other people left at that time too, including Kristin. She didn’t hang around to wait and see if the rumors about Keith were true. She cut ties immediately and I give her a lot of credit for that. Unfortunately for Allison she was already too far under Keith Raniere’s spell to think independently, no one could save her,” a former member of NXIVM tells HollywoodLife.com EXCLUSIVELY.

As the scandal around NXIVM continued to grow in late winter of 2018, the Canadian born actress took to Twitter to admit she had been part of the group, but left before witnessing anything nefarious. On March 29 she wrote, “When I was about 23, I took an Executive Success Programs/NXIVM ‘intensive,’ what I understood to be a self-help/personal growth course that helped me with my previous shyness, which is why I continued with the program.” She said she later left and had minimal contact with members including Allison and that, “The accusations that I was in the ‘inner circle’ or recruiting women as ‘sex slaves’ are blatantly false.”

She added words of concern for the women who have come forward with claims about being branded on their hips with Mack and Raniere’s initials, as well as coersion into having sex with Raniere. “I am horrified and disgusted by what has come out about DOS. Thank you to all the brave women who have come forward to share their stories and expose DOS; I can’t imagine how difficult this has been for you. I am deeply disturbed and embarrassed to have been associated with NXIVM. I hope that the investigation leads to justice for all of those affected.” DOS stands for “dominus obsequious sororium” – Latin for “master over the slave women” which the group was allegedly also known as.