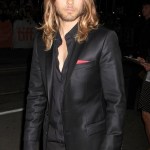 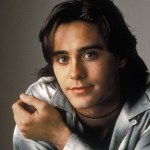 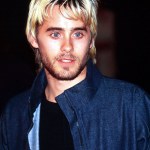 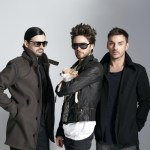 Dylan Sprouse took to Twitter on May 15 to totally slam Jared Leto for allegedly hitting on young models from the ages of 18-25 and it’s quite shocking. Check out the wild tweet here!

Dylan Sprouse, 25, randomly called out Jared Leto, 46, in a shocking tweet on May 15 that accused him of allegedly messaging young models online and it was pretty outrageous. “Yo @JaredLeto now that you’ve slid into the dm’s of every female model aged 18-25, what would you say your success rate is?,” the wild tweet read. There’s no word on what prompted him to tweet the harsh message but he did catch the attention of filmmaker James Gunn who responded to the tweet with a question. “He starts at 18 on the Internet?,” James’ tweet read. James has his own experience with a similar accusation against Jared. He previously apologized for recording a Periscope video in which he allegedly mentioned that Jared sleeps with underage girls and although he deleted the video, he never took his statements about Jared back, according to Nylon.

Dylan and James’ controversial tweets come after Jared’s been accused of alleged sexual misconduct by anonymous parties online over the years. Jared has yet to respond to Dylan or James and we can’t help but wonder if he will. After all, their accusations are pretty serious and since they haven’t showcased any evidence to back up their claims, things can get really messy.

Thing aren’t messy yet though. Jared recently made different headlines when he showed up to the 2018 Met Gala in an outfit that transformed him into Jesus Christ. His outfit was a real hit considering it went along with the Catholic theme in a big way for the prestigious event. He arrived to the ball with singer Lana Del Rey, 32, who wore a white matching outfit that included a halo above her head.

Yo @JaredLeto now that you’ve slid into the dm’s of every female model aged 18-25, what would you say your success rate is?

He starts at 18 on the Internet?

We’ll definitely be on the lookout to see if this situation progresses from here.