Savannah Chrisley, 21, and Nic Kerdiles, 20, are 100 percent couple goals, but the Chrisley Knows Best star revealed to HollywoodLife.com that she was at first hard on the NHL player, because of her past heartbreak. “Whenever trust is broken, it takes a while to let someone else back in,” Savannah admitted on the HollywoodLife podcast. “My dad told me, ‘You can’t make someone else suffer for a past person’s mistakes.’ So, that’s what I’ve learned. I made Nic suffer at the very beginning for a while just from the hurt that I experienced before, and it’s not fair.” The heartbreak she went through, prior to meeting Nic, was her very public break-up with NBA player Luke Kennard in August 2017. “God blessed me with showing me six months into it that relationship that that’s who he [Luke] was, because I don’t want to be 10 years down the road with a child and then find out that’s the life that my significant other’s been leading,” she said of her past relationship. Listen to the HollywoodLife podcast interview with Savannah and Chase Chrisley here!

Savannah said that from the start, she knew things were different with Nic. “For the first time in my life, I’ve dated someone who’s gone about things the right way whenever it comes to meeting my family,” she laughed. “He brought my little brother a hockey stick the first time he came, he brought my mom flowers, he helped her clean the kitchen, he went about it all the right way.” Her brother, Chase Chrisley, added, “He caters to her hand and foot.” Aww!

Savannah and Nic confirmed their relationship in January 2018 when she took to Instagram to wish him a happy birthday. In the sweet post, she added, “After spending months of focusing on ME…you came along. Thank you for always putting a smile on my face even when we’re thousands of miles away from each other!” While the former Miss USA contestant admitted that it is hard being apart, with Savannah traveling for work and Nic traveling for hockey, she said they find a way to make it work. “There are a lot of times, especially now during the off-season, he’s doing a heck of a lot more for me than I am him, and he’s trying to make my life easier while knowing that I’m busy,” she explained. “It’s very refreshing to know that I don’t have to do everything. We’re at a great place. It’s the first time I’ve been in a relationship to where it’s truly 50/50.” 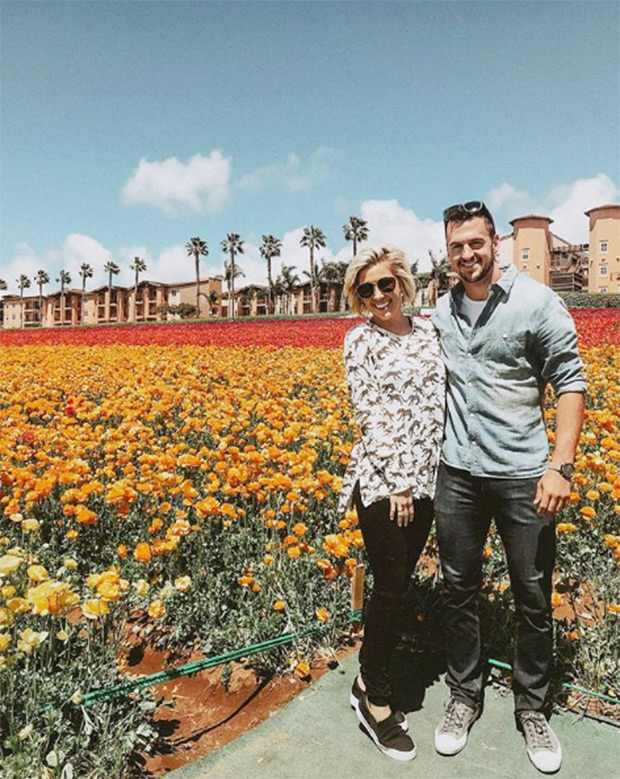 You can watch Savannah, Chase and the rest of the Chrisley family on USA’s Chrisley Knows Best on Tuesday’s at 10 PM ET!