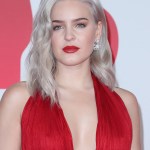 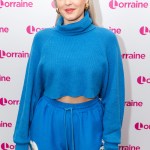 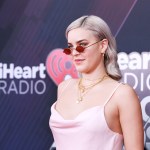 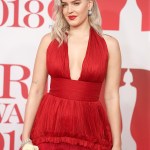 Anne-Marie just revealed that she’s bisexual amidst the major excitement about her debut album! Here’s 5 key facts about the pop star who NEEDS to be on your radar!

1. Anne-Marie is an English singer/songwriter. — The 27-year-old grew up in Essex, England, where her mother is originally from. Anne-Marie’s been a performer since a young age, as she appeared in two West End productions — Les Misérables when she was six, and Whistle Down the Wind at age 12, alongside her friend and fellow singer Jessie J. Anne-Marie also attended Palmer’s College in Thurrock as a teenager

The singer finds it difficult to be vocal about her personal life to the public, which is why she incorporates those types of details in her songs. ”It’s quite scary to tell everyone my personal stories but also it feels like I’m letting off a little steam at the same time,” she said. “Also I love to help people who are in the same situation. So if they are going through a bad time they can feel empowered. I write my songs as if I’m the strong one, so hopefully they feel good after listening to them.”

3. You may have heard Anne-Marie’s music before she recently made headlines. — You’re about to have an “ah-ha” moment because Anne-Marie is the voice behind Marshmello‘s 2018 track, “Friends”  and Clean Bandit‘s “Rockabye,” which also features Sean Paul.

4. Her debut album titled “Speak Your Mind” dropped on April 27, 2018. — Anne-Marie’s full-length debut album features two already-platinum singles [in the UK], “Ciao Adios” and “Alarm”. The album also features her latest track, “2002,” which was co-written with her friend of over a decade, Ed Sheeran. The album also includes her collaboration with Marshmello, “Friends”.