“Freaks and Geeks is my favorite show ever,” Maude Apatow told HollywoodLife.com in a podcast interview, “I think it’s an amazing thing that my dad can help people through hard times, and take their mind off of tough things, at least.” While Maude is like any other young adult who gets embarrassed by their parents’ social media presence, she also admires her dad, Judd Apatow, and mom, Leslie Mann, for their work ethic and perseverance in the entertainment industry, which she has witnessed firsthand. Working alongside them at 9 years old in Knocked Up and again in This Is 40, Maude was not only inspired by her parents, but she worked harder because she was around them. “I always just wanted to do a good job because I care about what my parents think the most,” she said. “Just from watching my parents, I’ve seen my whole life how hard they work and that’s what I’ve always wanted to be. Because I know how hard it is and hard work pays off.” Click here to listen the full HL Podcast Interview!

Now, Maude is making a name for herself, separate from her parents, in the film House Of Tomorrow, with Asa Butterfield and Alex Wolff. “It’s a coming of age movie,” Maude explained on the podcast. “I think it’s relatable to young people, but also parents, because it is one of the themes. I don’t like really like the word theme, but this movie is about children and their guardians, and guardians who may be overprotective and not letting them experience things and making the mistakes that they should make at a young age.” In the Peter Livolsi film, Maude plays Meredith Whitcomb, a tough-loving teen who is bogged down the the responsibility of taking care of her brother, Jared (Wolff), who just underwent a heart transplant, and their eccentric dad, played by Nick Offerman. 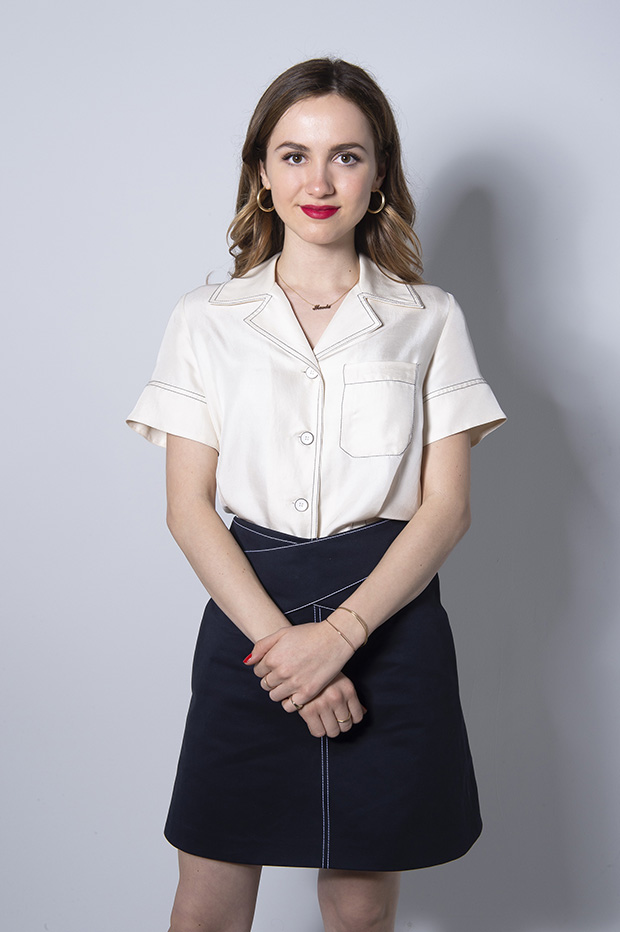 “I think she feels so much grief, she isn’t really sure how to process it, because she is still so young. Their mom isn’t around, so she was sort of forced to assume the position of the mother,” Maude explained. “I think she is overwhelmed with the amount of responsibility that she has. I think it just comes out with anger, but that’s not necessarily what she’s feeling.” You can see House of Tomorrow in theaters near you.