Elizabeth Olsen, 29, doesn’t seem too happy with how her character, Scarlet Witch, is being dressed in the Avengers movies. In a new interview with ELLE magazine, the actress behind the Sokovian superhero expressed upset with having to put her cleavage on display while fighting the bad guys. “It’s funny because sometimes I look around and I’m just like — wow, I’m the only one who has cleavage, and that’s a constant joke because they haven’t really evolved my superhero costume that much,” Elizabeth told the magazine.

However, Elizabeth also explained that she understands why her costume — and the costumes of many other female superheroes — look this way. “It’s more about iconic images, because that’s what these movies are… I think that’s the goal with the costumes, and it’s not representing the average woman.” Elizabeth even went on to sing the praises of Marvel’s ongoing diversity, including their pre-Infinity War hit, Black Panther. “That’s why ‘Black Panther’ felt like such a huge thing in culture, and they’re aware of it, and their goal is to not make the same stories that have happened over and over again,” she said. “I think that’s why the movies continue to be successful from a story and tone point of view.” 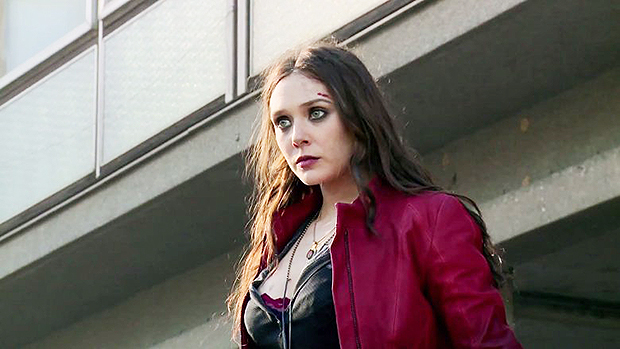 We have to give Elizabeth major kudos for speaking out about her costume — and in such a classy, professional way. She sets a great example for other young actresses who might find themselves in a similar position!