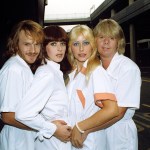 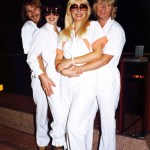 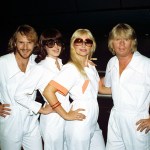 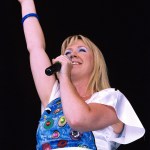 While wildly popular in the 70s & 80s, ABBA hasn’t released new music in decades — until now! Find out everything you need to know about the chart-topping pop group before they drop new songs later this year!

After splitting in 1982, ABBA announced on April 27 that they have written and recorded their first new songs in 35 years! But while the Swedish pop group has had nine Number 1 hits in the UK between 1974 and 1980, and have sold hundreds of millions of records worldwide, many Millennials and Gen Zers probably don’t know who they are — or at least don’t THINK they know who they are. In reality though, ABBA is responsible for huge hits like “Mamma Mia,” “Dancing Queen,” and tons of other catchy songs. Read on to learn more about the talented foursome.

1. ABBA is one of the best-selling music artists of all time.

ABBA is estimated to have sold 140 to over 500 million records, which makes them one of the best-selling musical artists EVER, according to BBC. In fact, as of 2014, only The Beetles had sold more records than them! On top of that, ABBA became one of the most commercially successful acts in the history of popular music, topping the charts worldwide from 1974 to 1982. They are also the best-selling band of all time from continental Europe and from outside the English-speaking world. Pretty impressive, right? 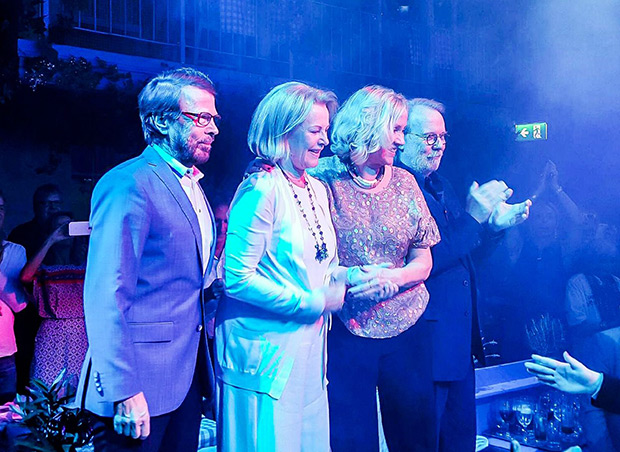 2. During the band’s active years, it consisted of four people — two married couples

ABBA was formed in Stockholm, Sweden in 1972 by Agnetha Fältskog, Björn Ulvaeus, Benny Andersson, and Anni-Frid Lyngstad. At the time, Agnetha and Björn were married and Benny and Anni-Frid were married. That’s actually how the band got their name — from the first letter of each of their names. However, as the group’s popularity grew, the bandmates’ relationships suffered, resulting in the collapse of both marriages.

3. The musical Mamma Mia! is based on ABBA songs and contains the group’s original music.

Mamma Mia! is a 1999 Broadway musical that was made into a movie in 2008, with a sequel coming out this summer. The musical is based on ABBA songs and contains some additional music composed by Benny and Björ. The title of the musical is taken from the group’s 1975 chart-topper “Mamma Mia.” Benny and Björ, who composed the original music for ABBA, were involved in the development of the show from the very beginning. The musical ran on Broadway for 14 years and includes ABBA’s hits like “Super Trouper,” “Lay All Your Love on Me,” “Dancing Queen,” “The Winner Takes It All,” and many more.

4. ABBA drew inspiration from groups like The Beetles and The Beach Boys

“Abba grew up loving Schlager and they added other things that they loved like The Beach Boys and The Beatles to that simple blueprint,” Carl Magnus Palm, author of the definitive biography of the band Abba: Bright Lights, Dark Shadows, told BBC. “Millions of people related to it.” At the same time, Carl writes that while the music is mostly happy and upbeat sounding, there’s also a “deep sadness” and “depth” to it, which also makes it relatable and attractive.

5. ABBA is releasing at least two new songs as early as this year.

The Swedish group announced on its official Instagram account on April 27 that they have completed two new songs. What inspired them was their avatar band dubbed “Abbatars,” which are holograms that perform their songs. “The decision to go ahead with the exciting ABBA avatar tour project had an unexpected consequence,” the statement posted on Instagram says. “We all felt that, after some 35 years, it could be fun to join forces again and go into the recording studio. So we did.” The post continued, “It was like time had stood still and we had only been away on a short holiday. An extremely joyful experience! Their studio return resulted in two new songs, one of which, “I Still Have Faith in You,” will be featured in a TV special set to air in December on NBC and the BBC. “We may have come of age, but the song is new. And it feels good.”