When David, 57, and his wife, Louise Turpin, 49, were arrested and charged with torturing, abusing and imprisoning their 13 children, on January 14, no one was more incredulous than her own younger sister, Teresa Robinette, 37. “I just kept saying, this can’t be true, this is a nightmare, this is crazy… I could never imagine Louise being cruel or mean or sadistic,” Robinette told Hollywoodlife.com in an exclusive interview, ahead of a new Oxygen two-hour special: The Turpin 13: Family Secrets Exposed on Saturday, April 28 at 6 PM ET/PT. Nevertheless, now that she knows the full horror of what happened in her sister’s Perris, California suburban home – how her 13 nieces and nephews were starved and shackled to their beds, she is convinced that her sister is fully responsible for the alleged abuse. “Any decision that was made [when we were around her growing up] whether it was something as little as where to go to eat, or something bigger […], she always made the final decision,” Teresa insists. “Louise was always in control of her life. I have reason to believe Louise was the driver of all this, and that [her husband] David went along.”

Robinette will be speaking out in the Oxygen special as it explores what happened inside that Perris, California home which hid 13 siblings from ages 2 – 29 who were so small and malnourished when they were discovered that authorities believed that all of the allegedly abused siblings were children – even the seven adults. Teresa was shocked by news of the shocking condition of the children’s health. She hadn’t seen Louise, David or their kids since 1998, except in a few video chats. “The pictures we got [which Louise sent] always looked like healthy kids, happy kids. They always had smiles, they were always dressed in the nicest of clothes,” Robinette tells Hollywoodlife.com.

When Robinette commented to her sister that her kids looked skinny, Louise would dismiss concerns by saying that her children took after their father who was “lanky.” Of course, Teresa hadn’t seen her sister in 20 years and had only met the oldest four children in person, but neither she nor her brother, Billy, or sister, Elizabeth, all of whom lived on the east coast, thought that was very out of the ordinary. “Louise had always distanced herself from the family. There have been years that she went without even talking to the family and then popped back up,” she explained. 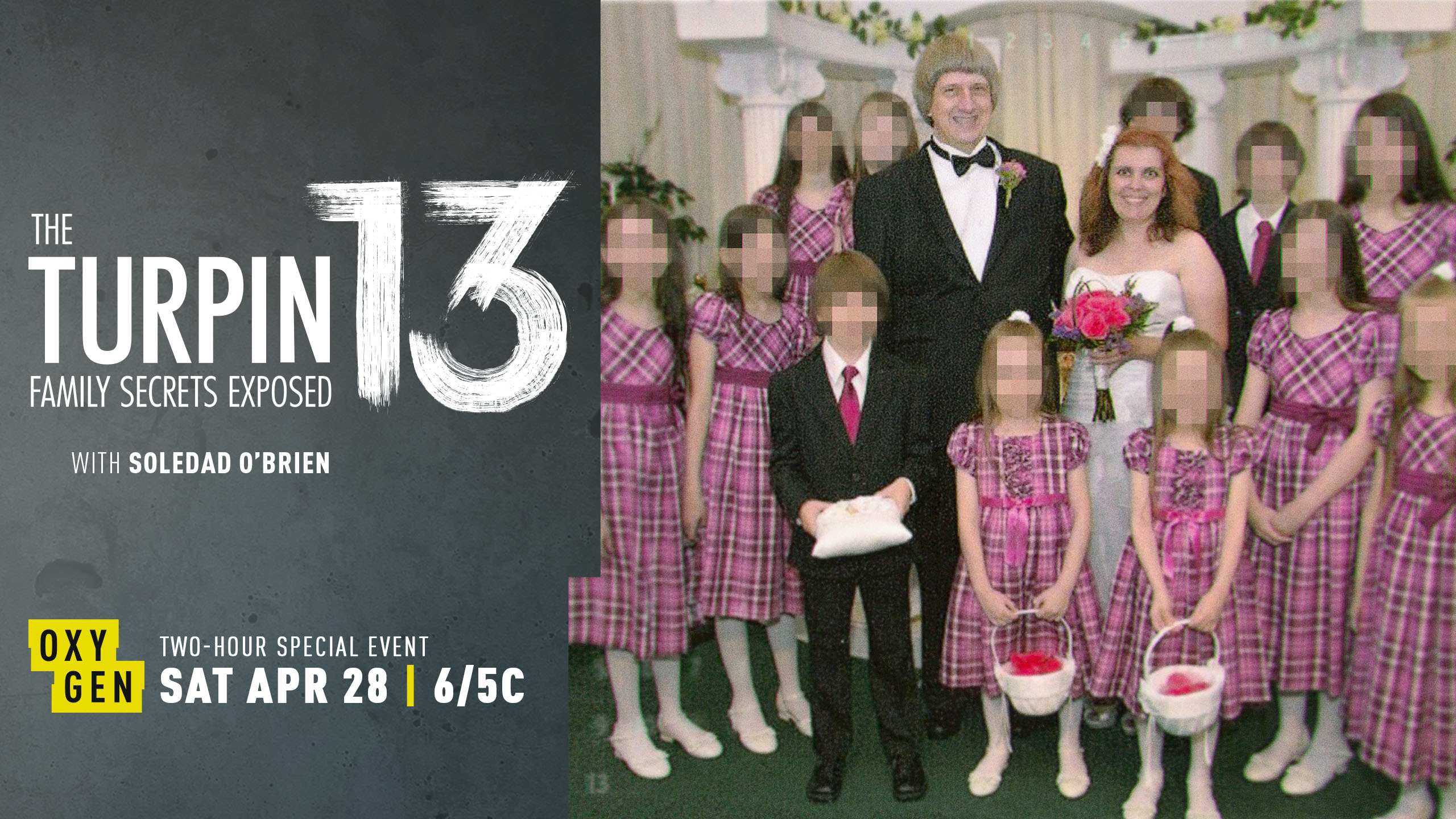 However, when Teresa had last visited her sister and David, their house was immaculate, nothing like the filthy, squalid and smelly home that the police entered, where they discovered the children held captive. “Louise’s home – I could have eaten off the floors when I was a kid and visited. I used to love Louise’s house,” she recounts. “It was a shock to me, that dirty house.”

David and Louise Turpin were charged with 12 counts of torture, 12 counts of false imprisonment, 7 counts of abuse of a dependent adult, 9 counts of child abuse, and one felony assault, after their 17-year-old daughter managed to escape the house of horrors and call police.

When authorities arrived they discovered all but the youngest 2-year-old, emaciated, with many of the siblings shackled and padlocked to their beds by chains, amidst complete and utter filth, including human waste. The oldest child – a woman, 29 – weighed just 82 pounds. The children said they were beaten frequently, were sometimes strangled, they were only allowed to shower once a year,  only permitted to wash their hands above the wrists, they didn’t know how to use toothbrushes and had never seen a dentist, and they were fed very little and only once a day. They had no basic concept of what we would consider “normal” life.

Teresa has only had one phone call with the youngest six of the children, since they were rescued,after being cleared by California’s Children Protective Services. “It was awesome… They were very talkative,” she reveals, explaining that she’s not allowed to say more about what they discussed. She is planning to go to California in June and expects to be able to visit with all 13 of her nieces and nephews. She has spoken to her sister, Louise, since her arrest, just once. “I accepted one collect call from her to say what I had to say to get if off my chest, and then she’s called and called and I keep refusing them. I’m really angry with her – she took so much from those kids,” she bemoans.

Robinette is sick about the nightmare that her nieces and nephews have endured. “The thing that breaks my heart is knowing that so many of my nieces and nephews are at an age where they should be living their own adult lives, and some of them have lost that,” she mourns. And she remains mystified about how her sister could have inflicted such cruelty on her children. She is certain though that all 13 of the children are now being well cared for. “They’re happy where they’re at, they feel free […] and it’s the littlest thing in life that people that live normal lives take for granted – those are the things that they’re just realizing that they have the right to do,” she says.

So what does she hope for, for her nieces and nephews? “I want their lives back for them [though she acknowledges that this is unattainable]. But from here going forward, I just want them to live the happiest, most positive life that they absolutely can.” Tune in to Oxygen’s The Turpin 13: Family Secrets Exposed on Saturday, April 28 at 6 PM ET/PT.