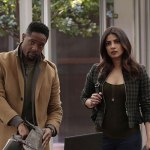 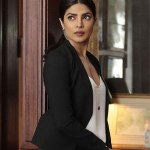 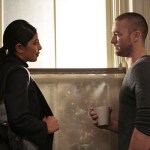 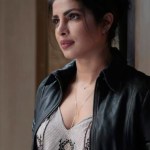 ‘Quantico’ is BACK! It’s been almost a year since season 2 ended, but the show is back and better than ever. The season 3 premiere revealed a shocking marriage, Alex’s new love, and familiar faces!

A lot has changed for Alex Parrish and the rest of the Quantico crew. There’s been a 3-year time jump since we last saw them, and Alex is currently living in a small Italian town. She’s got a man in her life, and his name is not Ryan Booth. She’s happy and content with her life. Her life with Andrea and his daughter is not complicated or dangerous. The girl could use a break.

But she can’t seem to forget Ryan’s words. “Wherever you run, that’s where I want to be,” he told her before they jetted off to start their life together at the end of last season. Something major happened between them. Alex has been off duty for quite some time now, but she hasn’t forgotten her training. She notices something in the woods and goes right into action. She takes out the bad guys with ease, but not before one of them tells her that someone wants to meet her. Andrea is shocked at the woman he sees in front of him. He’s never seen this side of Alex before. Alex is determined to find out why someone is after her, so she heads to Zurich to pick up money and passports.

Ryan doesn’t waste any time tracking Alex down. The person who wants Alex has kidnapped Shelby. If Alex and Ryan don’t give this person what they want — something called the “conscience code” — Shelby is D-E-A-D. Alex burned the conscience code after she memorized it. Things are tense between Ryan and Alex. That’s probably because RYAN IS NOW MARRIED TO SHELBY! “I married the woman that I love,” Ryan says to Alex. Holy nuts. I am dead.

Shelby is currently being held in Brooklyn. The conscience code can apparently bypass any computer-controlled missile. Will is working for Shelby’s kidnappers. Alex and Ryan head back to New York and meet up with Owen. Alex may not trust Ryan right now, but she does trust Owen. There’s going to be an auction for the conscience code held by an arms dealer known as The Widow. Owen knows someone who can help — Marlee Matlin’s character, Josselyn. She’s deaf because of The Widow and infiltrated her organization.

Will warns The Widow that if Alex and Ryan are forming a team, they’ll be unstoppable. The Widow is certain that someone will give up the code for Shelby. She taunts Alex & Co. by electrocuting Shelby and sending them video of it. Ryan’s emotions get the best of him. Josselyn tells him that he needs to see with clear eyes. There’s something he missed in the video of Shelby, clues to her whereabouts. They also need a buyer in the auction. The guy Harry is working for has the money, but Harry refuses to help.

The Gang’s All Here

Alex and Ryan talk about the past for a brief moment. According to Ryan, he fell asleep in a shack in Thailand and never saw Alex again until now. Alex says she just needed a clean slate. “Shelby is everything to you that I never could be,” she says.

A desperate Will calls Owen and wants to set up immunity in exchange for Shelby. But it’s just a trap. The Widow wants Alex, and she stops at nothing to get her. Alex fights off a number of The Widow’s minions, but she’s kidnapped in the end. She wakes up next to Shelby. Needless to say, Ryan is reeling. Josselyn tells him to look closer. After some hard thinking, the rest of the team figures out they’re looking for a clothing store.

Since they’re both being held hostage, this is the perfect time for Alex and Shelby to talk. Shelby thought she was never going to see Alex again. Suddenly, The Widow walks in and calls Ryan. She asks him who does he want her to shoot — the woman he married or the woman he loves. BURN. She threatens to shoot Shelby, and Alex ends up breaking. She gives up the code, but it turns out to be a fake. This allows Owen, Ryan, and Josselyn time to get there and take out the bad guys.

Even though she’s getting a full pardon and a job on the secret black ops team, Alex goes back to Italy. When she sees Andrea and his daughter, she knows she can’t stay. She’d be putting them at risk. She returns to New York to join the team. Harry is included as well, so the gang’s back together again!