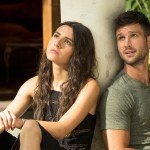 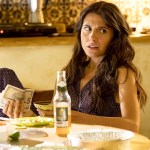 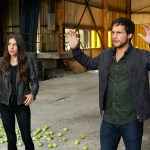 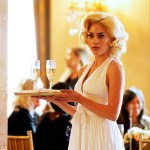 ‘Imposters’ fans have been waiting to get any bit of insight into Jules’ life! Now, that wait is over as Marianne Rendón, who plays the mysterious bumbler, tells us that this week’s episode will answer a lot of your questions!

As season one of Bravo’s Imposters unraveled, we learned about each bumbler’s life before and after Maddie, except for Jules. She’s the one hopeless romantic turned con who we know close to nothing about. — And, for good reason. Jules’ story seems to be the launchpad of season two, which premiered on March 5. As you may know [spoilers ahead], Maddie, Jules and the other bumblers, Richard and Ezra, had to make a run across the border to Mexico in order to find a buyer for the saffron ring. Yes, the same saffron ring Richard left in a mug in Arizona.

Despite their unexpected venture to Mexico, all of the bumblers are actually enjoying their time there. However, things take an unexpected turn when Jules gets a surprise visit from her sister, Poppy, as seen in this week’s preview [watch below]. This preview is so important to Imposters fans because it’s the first personal glimpse into Jules’ life that we’ve gotten… ever! And, if you don’t believe it, let Jules herself tell you. HollywoodLife.com chatted with Marianne Rendón, who plays Jules, where she explained how this week’s episode is a complete game-changer, especially for her character. Read our exclusive interview with the Imposters star below!

After watching the preview for Thursday’s episode [April 26], can it be assumed that Jules has a rift with her very wealthy and powerful family? Is this a moment foreshadowing that Jules will reunite with her family while in Mexico?

Yes! We will learn about Jules’ past with her family and you will experience the ways in which she has navigated the world through her privileged [family]. It’ll be interesting to see how she’s tortured by [her sister] Poppy, literally and figuratively [laughs]. They [Jules and Poppy] could not be anymore opposite. Poppy’s a cookie cutter, preppy, perfect Type-A woman… You’ll get to watch Jules recognize someone from her past in her sister… I also think you’ll get to see season one Jules again. Marianne later confirmed that our hunch that Poppy would play a vital role in this season was correct.

Is Jules officially over Maddie romantically?

I think Jules is OK. But, that doesn’t mean she’s done with Maddie. She’s over it romantically, but her and the rest of the bumblers are wrestling with their cons that they are doing every day and fighting for their authenticity and in some ways, you see Maddie in the annex wrestling with her truth. Then, Ezra’s finding his identity and loving the con. Then, with Jules, you see she’s completely transformational, she has all these language skills and she can looks so different in different disguises.

We see Jules speaking Spanish this season and she has close ties to Mexico on the show. How did you prepare for this season?

I’ve never been fluent in Spanish, but I grew up in a Spanish speaking community and I went to school with people whose second language was English. And, my family is part Ecuadorian. I’m very drawn to that side of my ancestry in terms of music and culture. Frida Kahlo has always been an inspiration to me. It’s been very influential to me. When we were filming, I knew we would be in Mexico because I was told we would be shooting there, but in terms of preparation, I had to brush up on it.

All of the fun and the excitement — The audience gets to see us on our toes and how we were in the environment of us acting and we didn’t know what was coming next.

The bumblers get along so well, yet you’re all complete opposites on these different journeys . Can you tell us about the chemistry on and off screen between you guys?

We love each other. What you’re seeing is the magic of the casting, but also, you spend a lot of time together when you work on a show. We’re engaged in each others personal lives. I’ve been on occurring roles before or even a reoccurring guest character and I’ve never had an experience like this. — We’re invested.

This interview has been condensed.

Imposters airs every Thursday at 10 PM ET/PT only on Bravo!