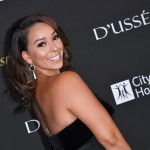 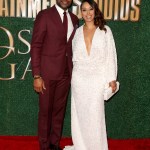 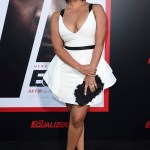 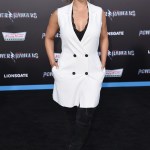 Gloria Govan is going to be a basketball wife once more, after she accepted ex-NBA star Derek Fisher’s proposal! Here’s everything you need to know about Derek’s new fiancée!

Former LA Laker and New York Knicks coach, Derek Fisher, 43, proposed to girlfriend of three years, Gloria Govan, 33, during a small party at their Los Angeles home. While Gloria was out with friends during the day, Derek decorated the home with flower petals and candles, and dropped to his knee when she returned in front of their family and friends. In case you don’t recognize Derek’s fiancée from VH1’s Basketball Wives, here’s five things you need to know about Gloria!

1. She was married to Derek Fisher’s former teammate Matt Barnes. Gloria was married to ex-NBA player Matt Barnes from 2010 to 2014 and the two share twin boys. Matt was arrested on suspicion of domestic abuse against Gloria in 2012, and they officially separated in 2014. Gloria’s now-fiancé Derek Fisher and Matt Barnes used to not get along, with the two getting into an alteraction at Gloria’s home during a party in October 2015. Now, they are civil and working on all co-parenting together. “I have two beautiful boys from my ex we are both focussing on co-parenting & providing the best atmosphere & childhood for them,” Barnes told TMZ after news broke of the engagement. “They love him, so I love it.”

2. Gloria was on Basketball Wives and Basketball Wives: Los Angeles.  During the five years Gloria was on the show, viewers witnessed the tumultuous relationship between she and her ex, Matt Barnes, even before Derek Fisher was involved. On the show, Barnes and Gloria were planning their wedding, following the birth of their twins. Gloria was ultimately kicked off the show after it was alleged that her sister Laura, slept with Shaquille O’Neal, and Shaq’s ex-wife, Shaunie was the creator of the show.

3. Gloria released a cookbook titled “A Mixed Girl’s Favorite Recipes.” Gloria is of Mexican and African-American roots and developed a cookbook to showcase the combination of backgrounds through food! Released in May 2014, Gloria worked on the book with Marlena Attinasi, who is a mix of African American and Italian.

4. Gloria has twin sons, named Isaiah and Carter. With her first husband, Matt, Gloria gave birth to twins Isaiah and Carter Barnes in 2008. She runs their Instagram account, which has pictures of them playing soccer, practicing basketball and looking super stylish!

5. Gloria is super healthy! Derek Fisher’s new lady is always working out or eating healthy! From squat videos on her Insta to a 30 day cleanse, Gloria is clearly dedicated to staying shape!