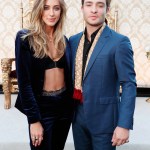 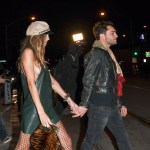 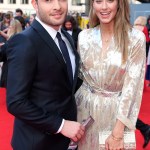 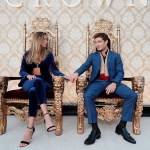 Ed Westwick’s girlfriend Jessica Serfaty caused major marriage speculation in the midst of Ed’s alleged sexual assault accusations when she took to Instagram on Apr. 22 to post a romantic pic. See it here!

Ed Westwick, 30, has been battling alleged sexual assault allegations against him but his girlfriend Jessica Serfaty, 27, may have hinted that he recently married her when she took to Instagram to post an interesting photo on Apr. 22. The pic shows Jessica in a white lace dress kissing Ed, who’s wearing a navy blue blazer, and holding his face during what looks to be a romantic time at a restaurant. There’s clearly a ring on the ring finger of Jessica’s left hand and although Ed doesn’t appear to have a ring on his, we can’t help but think she was insinuating either a marriage or maybe even an engagement with the photo. “New York just ain’t the same without..,” Jessica captioned the PDA-filled pic.

Although the couple looks more in love than ever in the new snapshot, it would surely be an interesting time for them to get married. Ed has recently been accused by up to four women of some kind of alleged sexual assault, including rape and he could face up to two possible charges depending on how the accusations proceed. Despite the seriousness of the situation, Jessica doesn’t seem to be letting it stop her from continuing her relationship with the hunky Gossip Girl star.

Jessica’s love for Ed was apparent when she revealed back in Nov. that she was looking at wedding rings. “We were discussing it,” she admitted to Radar Online. “But I can’t imagine getting married now with everything happening. Until everything is settled, we are not getting married.” They have been dating since last year and as we know with many things, it’s possible that Jessica and Ed changed their minds since then.

We guess we’ll just have to wait and see if Ed and Jessica are married or still continuing to wait until the future!