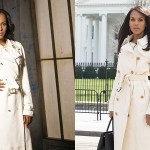 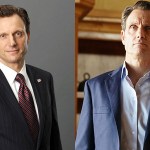 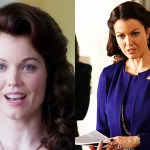 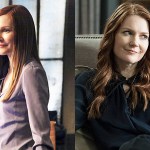 The ‘Scandal’ finale has arrived. Olivia Pope and her crew have blessed us for 7 seasons, so it’s only fitting that we take a look back at the cast then and now. Prepare to feel all the feelings!

Grab your popcorn and wine, because Scandal is bidding adieu on April 19. The cast has captivated us since the very first episode, which aired April 5, 2012. Olivia Pope, Fitzgerald Grant, Mellie Grant, and the rest of the beloved characters have evolved so much over the years. But many things remain the same, including Olivia’s signature white coat!

When the show first started, Fitz was President of the United States, and now his ex-wife and former First Lady, Mellie, is the first female President of the United States. Olivia has gone from the head of Olivia Pope & Associates to the head of B613 to Mellie’s chief of staff. Her journey hasn’t always been an easy one, but she’s standing in the sun once again after realizing how destructive being power hungry can be. Her cohorts at OPA — now QPA — have gone through their fair share of struggles, but at the end of the day, they’re always there for each other. Ain’t nothing like the Gladiators!

Since the pilot, characters like Jake Ballard, Rowan/Eli Pope, Charlie, and more have joined the Washington gang. However, Scandal has said goodbye to two major characters who were heavily featured in the first episode — Harrison Wright and Stephen Finch. Their characters may not be getting on this one last Scandal roller coaster, but they deserve recognition. They’re part of the reason why we all fell in love with the show in the first place. Scandal’s had a great run and will go down in history as one of the most game-changing shows on television. One thing’s for sure, us Gladiators will always be Gladiators.