Before Gal Gadot, there was Lynda Carter, 66. She played the original Wonder Woman, on TV, from 1975 to 1979. The iconic celeb now stars in Super Troopers 2, and hit the red carpet premiere of the film in Los Angeles on April 18, along with her family — her son, daughter, and husband. Lynda looked age appropriate but brought some glitz and glamour. She wore a black blazer, with a silver fringe trim. She kept her outfit classic by wearing a white tee and black skinny jeans. She jazzed it up with super sparkly sneakers! She posed next to her daughter, who is a total mini-me! Her daughter wore a white strapless crop top, and black trousers.

Lynda wore her hair in a flirty ponytail, while her daughter rocked voluminous waves. This isn’t the other mother-daughter duo that has walked a carpet together looking like twins! Christie Brinkley’s daughter Sailor Lee Brinkley-Cook, 19, looks so similar to her mom. Reese Witherspoon and daughter Ava Elizabeth Phillippe could be mistaken for sisters. And let’s not forget the ultimate mother-daughter model combo: Cindy Crawford and Kaia Gerber! 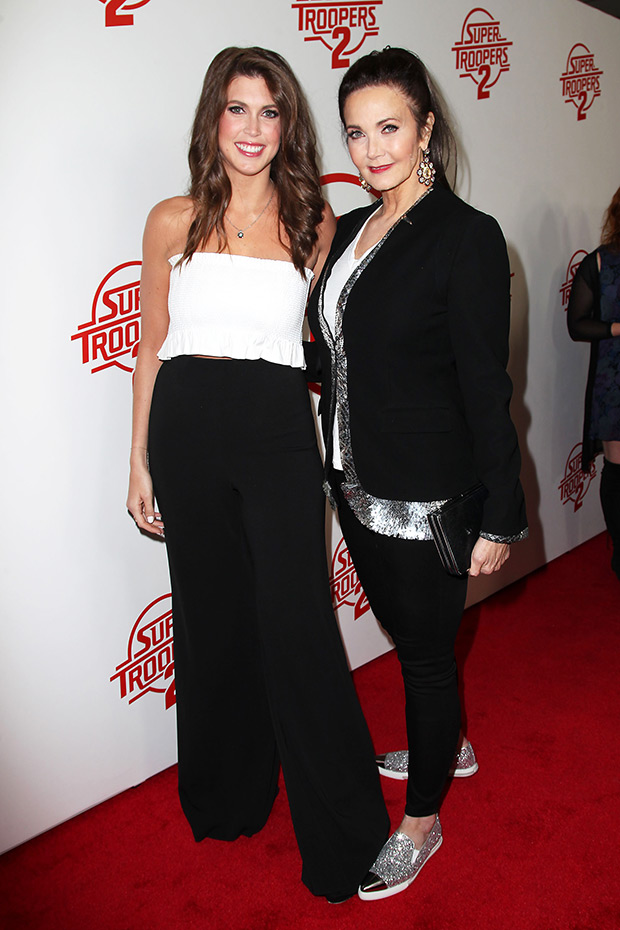 On whether she would be in Wonder Woman 2, she told Megyn Kelly on the TODAY show, “That is up to [director] Patty Jenkins, I’ve been talking to her about it. She has given me some hints about it, and I guess it’s up to Warner Bros. if they want to spend the money. You can write letters and tell them!”