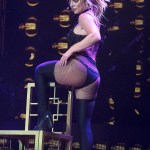 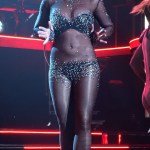 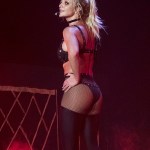 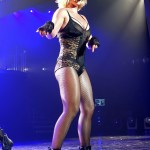 Britney Spears just proved she can still fit into a pair of daisy dukes she wore when she was 19, and of course she looks amazing! See the pics!

It’s been 17 years since the Britney Spears “Don’t Let Me Be The Last To Know” music video was released in 2001. That was way, way back when – before she was married, before she had kids and when she was still dating Justin Timberlake. In the video Britney – then 19 – looked hot. She was kissing and cuddling a hunk on the beach, wearing nothing but a bra top and a pair of very short denim shorts. Fast forward to April 18, 2018, when Britney shared a Boomerang video of her dancing on her Twitter and Instagram pages.

Dressed as a very sexy cowgirl in heels, a tiny top and denim shorts, she looked like a total babe in the clip. At 36, she’s looking just as impressive as she did at 19 — her abs are so flat and there’s no hint that she gave birth once, let alone twice. She captioned the clip, “I think it’s impossible for me to go a day without dancing.”Obviously her fans were thrilled with the clip and couldn’t stop lavishing praise on the pop star. But one eagle-eyed fan spotted something else: Yes, Ms. Spears was wearing the very same denim shorts from that 2001 video!

If they’re not exactly the same, they certainly look very similar. Putting the photos side-by-side you’d never even know that the pics were taken so many years part! See for yourself: 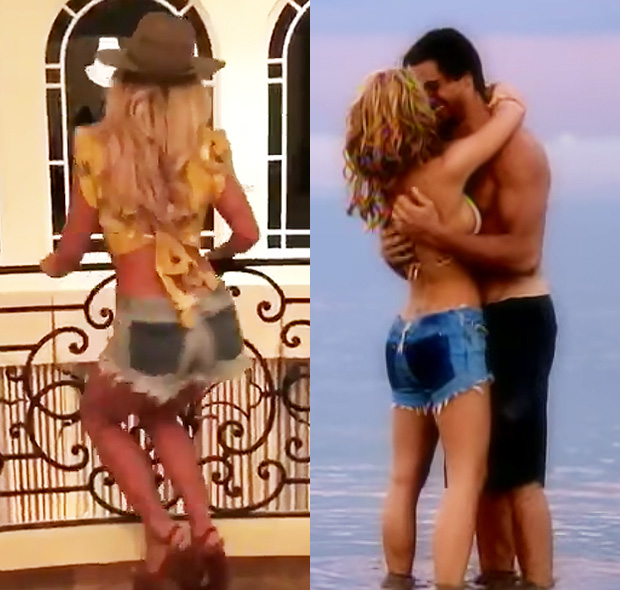 Speaking for many of us, one person wrote on Twitter, “I can’t imagine fitting into anything I bought in 2000.” AMEN — praise to Britney, for sure!