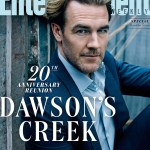 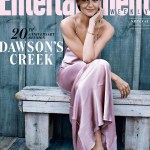 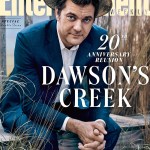 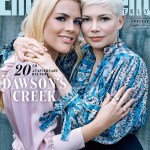 Katie Holmes and Joshua Jackson allegedly got ‘handsy’ at the ‘Dawson’s Creek’ reunion in April! Now a new report claims they’ve rekindled their past romance! — Here’s what’s really going on!

For the first time since the 2003 finale, the cast of one of the most iconic teen dramas, Dawson’s Creek reunited. Yes, exes Katie Holmes, 39, and Joshua Jackson, 39, as well as the rest of the cast came together for an epic reunion in April 2018. — And, that’s when Katie and Joshua rekindled their flame, according to Star magazine. The two stars reportedly got “handsy” on set of the reunion photoshoot, and it was like her current boyfriend, Jamie Foxx, 50, never existed, a source tells the mag.

“They’ve clicked all over again, and a lot of people are rooting for them and believe the timing is right,” the insider claimed, adding that Katie and Josh are “really, really happy.” The mag went as far as to claim that Joshua has reportedly been blowing up Katie’s phone ever since they laid eyes on one another at the Dawson’s Creek reunion.

While this is all too cute [in some type of fantasy world, or in 1998], Leslie Sloane, a representative for Katie Holmes tells HollywoodLife.com EXCLUSIVELY that this report is “completely false.” So, Dawson’s Creek fans, don’t get your hopes up. These two are ancient history, and they’re keeping it that way. Let’s be real, Katie and Joshua dated back in the late 90’s when she was just 19-years-old.

Fast forward 2012, and that’s when Katie and actor, Tom Cruise, 55, divorced. They share a daughter together, Suri Cruise, now 12. After that, Katie began dating actor and singer, Jamie Foxx. The pair kept their 5-year relationship a secret until January 2018, when they stepped out together for a pre-Grammys party. Katie and Jamie were also photographed holding hands together in September 2017.

Joshua has been known to be single since his 2016 split with actress, Diane Kruger, 41, who he dated for 10 years.