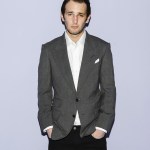 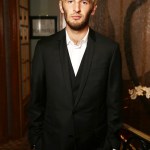 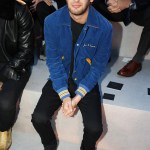 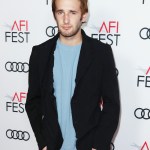 Busted! Hopper Penn, the son of Sean Penn and Robin Wright, was reported arrested in Nebraska for drug possession. As the family deals with this scandal, get to know more about Sean’s baby boy.

2. He’s battled with drug problems in the past. Hopper was just 14 when his parents, Sean Penn, 57, and Robin Wright, 51, divorced in 2010. He was “pretty mad because they had split up before and then got back together, and then they did it again,” he told the Evening Standard. “I was young and thinking: ‘Are you just f****** with me and my sister [Dylan Penn, 26]?’ I mean, it was not the best. It was tough, talking to them. Because they were both pretty broken too, I think.” He fell in with “the wrong crowd” after the divorce. “I was doing a lot of stuff but meth was the main one that brought me down,” he added.

3. Hopper credits his father’s tough love with helping him try to get straight. “I went to rehab because I woke up in hospital and my dad said, ‘Rehab? Or bus bench?’” Hopper told the Standard. “I was like, ‘I’ll take the bed.’ Thank God I got out of that because that was the worst time in my life. Because it’s not fun when it gets to a point where you just need it.”

4. There’s a chance you bought a pizza from him. Following his rehab, Sean cast his son in The Last Face. “I know he kind of wrote the part for me. He really wanted to work with me and it ended up being great. But yeah, maybe it was about giving me just a little structure,” Hopper said. He also appeared in War Machine, with Brad Pitt. Hopper even picked up some modeling work, starring in a 2017 campaign for Fendi’s eyewear line. Despite all these glamorous jobs, Hopper doesn’t think he’s a big star. “I wouldn’t call myself an actor, really. Or a model,” he said, adding that in 2017, he still maintained his day job of working in a pizza restaurant.

We had a blast with Hopper Jack Penn at the #FendiFW17 fashion show. #MFW pic.twitter.com/LNKsMJkCEu

5. He was almost named Steak. If Sean Penn’s favorite food pasta, his son might have ended up with the name “Spaghetti.” When discussing his name with Interview magazine in 2016, Hopper revealed that his moniker “has to do with Dennis Hopper; my dad was friendly with him and idolized him. My dad wanted to name me Steak, the food, because he loves it so much. But my mom was never going to go for it. What they told me is that I hopped in her stomach, I didn’t kick, so they went with that.”