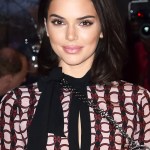 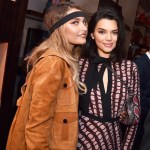 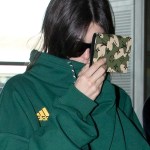 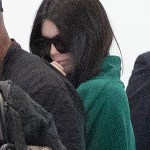 Kendall Jenner’s face sure has looked different lately, sparking plastic surgery rumors. We talked to three top doctors who tell us EXCLUSIVELY that she appears to have major lip and cheek fillers.

Kendall Jenner is such a naturally beautiful girl and her gorgeous fresh face has landed the 22-year-old model on the cover of plenty of top magazines. But she seems to be messing with perfection lately, sporting a noticeably plumper pout and puffier cheekbones. We’ve shown her before and after pictures to three top doctors who agree she appears to have had some major work done. “She has definitely had lip fillers, probably Restylane Silk or Volbella. She also had filler to her cheeks to give her higher cheekbones — probably Bellafill, the new longer lasting filler. It looks like her nose has been narrowed as her nostrils aren’t as wide as in the past — probably a nose job!” Dr. Bruce Katz, Director of the Juva Skin & Laser Center at NYC’s Mt. Sinai Hospital tells HollywoodLife.com EXCLUSIVELY

“Based off the pictures in the press, it is very difficult to determine what procedures she has had. Different angles and lighting play a role in how someone can look different from photo to photo. That being said, it appears that she has had lip augmentation in addition to having the area above her lip, which is called the Philtral Column, accentuated” leading plastic surgeon Dr. Elie Levine at the Plastic Surgery & Dermatology of NYC tells us EXCLUSIVELY.

Dr. Levine adds, “She also may have undergone some form of augmentation to her upper cheeks, as well as her jawline and her brows appear to have been lifted which could have been a result of filler or Botox. Her physician could have also done a combination of both filler and Botox to her brows to make the area look more natural.”

“From the pics and the angles it is difficult to tell if she has had filler, but it is always possible. Her lips seem a bit fuller and more defined. Notice the definition of the vermillion border and philtral columns — a common injection technique to define the outline of the lips and improve the pout,” Beverly Hills Plastic Surgeon Dr. Payman J. Danielpour tells us EXCLUSIVELY. Maybe this is the reason that Kendall has suddenly become so self-conscious about showing her lips!
Kendall’s pucker has been slowly growing bigger over the past few months, but when she stepped out in Paris on April 4, her plumped up pout was catching attention for all the wrong reasons. When she flew out of France on April 5, she even made it a point to pull up her sweatshirt over her lips to hide them from being photographed! The Kardashian-Jenner ladies are no strangers to lip fillers and other cosmetic work, but Kendall’s job as a model has seemed to keep her away from injections, thus giving her a more natural look. Hopefully she’ll go back to what nature already made gorgeous.