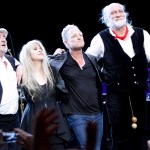 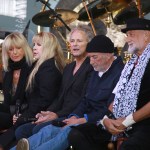 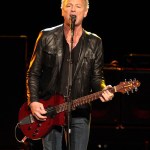 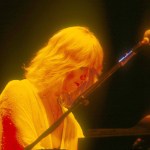 Fleetwood Mac’s back on the charts, all because of the Internet’s sense of humor. Thanks to some slick moves from a college dance troupe, the classic rocker’s ‘Dreams’ is the latest meme to go viral.

“Fleetwood Mac’s music is so boring, you can’t even dance to it,” twitter user @BottledFleet tweeted on March 22. “Me: an intellectual:,” the user continued, about to prove the world wrong. The person spliced together Fleetwood Mac’s “Dreams” with a performance by the Alcorn Golden Girls, dancers at Alcorn State University, a college in Mississippi, according to CNBC. Though mixing stunning choreography with 1970’s classic rock seemed like it wouldn’t work, the video took off! At time of publication, the video has 6.9 million views and has been retweeted more than 146k times.

If this video going viral wasn’t amazing enough, the power of this meme has put Fleetwood Mac back on the charts. “Dreams,” with 1.9 million streams, is sitting at the No. 14 spot on the Top Rock Songs chart, according to Billboard. The band’s album, Rumors, has risen to No. 13 (from the 21st spot) on the Top Rock Albums chart. “Dreams” actually topped the charts – more than 40 years ago. It reached the top of the Billboard Hot 100 on June 19, 1977, giving Fleetwood Mac its only number one hit. “Don’t Stop,” also from Rumors, reached No. 2 in the same year.

For those who were curious, the Alcorn Golden Girls were originally dancing to Eternal’s 1993 R&B hit, “Stay,” according to the Washington Post. The dance routine is from Sept. 2017, when the Golden Girls performed at the Alcorn State Braves football home opener (a fan account, @_forevergolden, posted the short clip.)

“I was shocked that actually somebody watched that video,” Elexis Wilson, the troupe’s captain, told the Washington Post. She’s the lead dancer, BTW. “People have been emailing me and just telling me, did you know your video got 7 million likes?”

Not everyone was thrilled with the viral sensation. “I love Fleetwood Mac,” Andy Baio, a blogger who helped build Kickstarter, said, “but it feels disrespectful to take video of these women, re-dub it with an all-white rock band, and turn them into a meme.” Others were upset that the video didn’t credit the Golden Girls. However, Elexis says she wasn’t too bothered by the meme-i-fication. “You know how the Internet is,” she said. Hopefully, Fleetwood Mac sends a thank you to the Golden Girls for putting them back in the charts again!