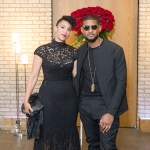 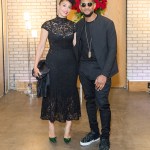 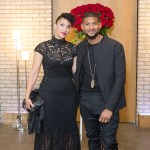 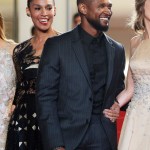 Another celebrity romance has bitten the dust. Usher and Grace Miguel, his partner of nearly a decade, have separated. As they work out the details of their breakup, get to know the woman that is Grace.

“We remain deeply connected, loving friends who will continue supporting each other through the next phases of our lives,” Usher, 39, and Grace Miguel, 48, said in a March 6 statement about their breakup. So ends a two-year marriage and a nine-year relationship. With Usher’s alleged cheating (and people claiming Usher gave them an STI) taking up the spotlight in this breakup, it’s easy to overlook Grace. However, there’s a lot to know about the woman who was by Usher’s side for nearly 10 years.

1. She’s a mother of two from BK. Though she’s professionally known as Grace Miguel, she was born Michelle Grace Harry. This Brooklyn native has two grown children from a previous relationship: daughter Leaf, who is pursuing a career in music; and son Raiden, who has once reportedly been romantically linked with Lauryn Hill’s daughter Selah Marley.

2. She went from cooking on The Cosby Show… A way to a person’s heart is through their stomach so Grace has that covered. She got her foot into the door in the industry by working in catering companies, according to E! News, before she launched her own catering business. She reportedly was the executive chef on The Cosby Show, but when the 1990’s rolled around, it was time to up her game.

“When the show ended in 1992, I knew it was time for a complete change,” she reportedly said in a now-deleted bio on Usher’s philanthropy website. “I had a passion for bringing people together and was socially immersed in the creative scene. I knew a lot of great photographers, musicians and artists so it only made sense for me to transition to music.”

3. … to running the rap game. She went from catering to the top of some impressive corporate ladders. Grace, according to Bustle, has been the Executive Vice President of Marketing/Creative Services at Island Def Jam Records. She also worked for MCA Records, Jive Records, and Geffen Records.

4. She once worked as Usher’s manager. “I have an incredible partner and manager,” Usher told Billboard in 2014, a year before he and Grace eloped. “She has helped me through some of the hardest times in my life and my career. She’s someone who’s been able to support and understand all of who I am. Not just as a dancer or as a performer or as a singer, but as a humanitarian and a business man and as a person.”

Usher would sign on with Scooter Braun in 2016. Grace would also reportedly work with his New Look charity as one of its board members, but as of March 7, she’s no longer listed on the organization’s website.

5. Grace and Usher’s first wife didn’t get along. So, Usher was once married to Tameka Foster, with whom he shares two kids – sons Naviyd Ely Raymond, 9, and Usher Raymond V, 10. He filed for divorce in 2009, right around the time he and Grace were romantically linked. Tameka, for obvious reasons, wasn’t thrilled with her ex’s new girlfriend. She reportedly said during a 2012 custody hearing that she spat on Grace.

“I probably pushed him,” Tameka said, per E! News. “I pushed him off because he was trying to, like, kind of move me…I was very upset. I said, ‘You don’t bring your mistress’ — I probably said a few other words, choice words– ‘Do not bring her to my house.’ ” Grace and Usher will not have to undergo a similar situation, as the two did not have any children during their nine-year relationship.