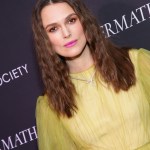 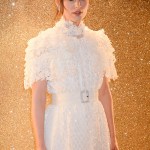 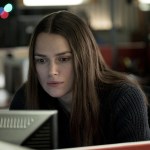 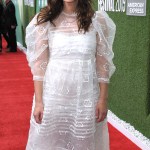 Of course, the new CHANEL video is not in any way related to Taylor Swift or her song “New Year’s Day“, but that’s where my mind went as we see Keira Knightley at the grandest party ever — having fun with friends, singing karaoke, and surrounded by balloons and confetti. The next day, in the bright sunlight, she’s not so much picking up bottles, but searching for her belongings — her scarf, her handbag, her shoes, her coat — and she leaves the party and her mystery man behind. The mini movie is an ad for the new COCO MADEMOISELLE Eau de Parfum Intense. This party was INSANE. It had pillow fights, dancing, and even a game of strip chess! Oh, la la!

Of the new campaign, CHANEL said in a release: “Exploring the flashback as a narrative tool, the film opens with images of Keira Knightley looking through her Haussmannian apartment the morning after a wild party. A Parisian soiree at which our heroine had fun, without ever taking her eyes off the man of her desires. We can imagine she is already famous, a sought-after celebrity who would rather surround herself with her friends. Keira Knightley’s rebellious elegance and luminous strength radiate from the screen. Like a lady adventurer you can sense is demanding and sophisticated, she is a pioneer who calls the shots, drawing others along in her wake.”

HollywoodLifers, do you love this Keira Knightley’s CHANEL perfume ad?