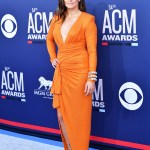 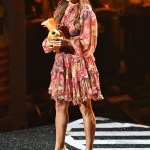 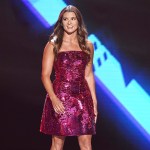 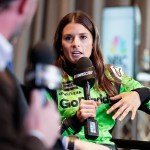 Danica Patrick is ‘all in’ to make it work with Aaron Rodgers! A source close to her EXCLUSIVELY told HL that she wants their relationship to last forever!

Aaron Rodgers, 34, and Danica Patrick, 35, are getting very serious very quickly. A source close to Danica EXCLUSIVELY gave us the deets about how much this new relationship already means to her. “Danica has been telling friends that she wants her relationship with Aaron to be the last relationship she ever has as she is on the fast track on getting married,” our source said. “She doesn’t want to scare off Aaron, but she has been upfront with him that this isn’t going to be a fling and that he better have hopes for a future because she isn’t involved with him for a fun little fling.”

When push comes to shove, Danica is apparently prepared to do anything to make her relationship a priority. “She is all in to make this work and be with him forever, and she would want things to happen fast,” our source added. “And as of right now, he is having many similar thoughts on the situation as well. It may look like it’s fast for friends and family, but the way things are working and the pace of it all is something they are both enjoying. It feels like they have been dating forever, in a good way of course.” We reported earlier how the two were packing on the PDA together while taking a vacation in Mexico, so it looks like they are really enjoying each other’s company.

Before that, the pair were spotted smooching before Danica’s last Daytona 500 ever, so time will tell if they’ll eventually be kissing on the altar. Click here to see pics of Aaron throughout the years!

HollywoodLifers, do you think Aaron and Danica will end up getting hitched? Let us know your thoughts in the comment section below!