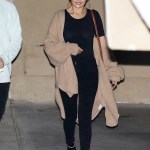 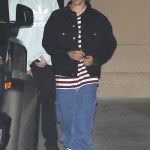 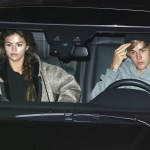 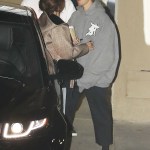 Congrats are in order, as Justin Bieber’s dad, Jeremy, married his longtime girlfriend in Jamaica on Monday, Feb. 19. Selena Gomez was also in attendance!

Justin Bieber‘s dad is officially a married man, as TMZ reports Jeremy tied the knot with his sweetheart, Chelsey Rebelo. Jeremy and Chelsey allegedly exchanged vows in front of approximately 30 guests, including Justin, 23, and Selena Gomez, 25, while in Montego Bay on Monday, Feb. 19. Justin, who probably served as Jeremy’s best man, passed on making a toast, which surprises us a bit. Justin’s a born performer, so we would have assumed he would have loved to have given a speech or sing a song. But perhaps Justin wanted the spotlight to be on his dad and Chelsey, which is also super sweet.

Justin reportedly flew down, but made a pitstop in Texas so he could pick up his beautiful girlfriend, Selena, before touching down in Jamaica — just in time for the wedding, TMZ further notes. The couple was actually spotted at the airport over the weekend, so we already knew this wedding was happening. But the new details that just emerged gives us a better insight as to what happened during the ceremony. For instance, the wedding, which occurred in the backyard of a villa, featured a wedding party that included Justin, and his younger siblings, Jazmyn and Jaxon. So exciting, right?

And believe it or not, that’s not even the best part. Just after the ceremony, Hollywood Life EXCLUSIVELY learned that Justin’s trip to Jamaica with Selena has “inspired” him to build a life with her! “Justin has been thinking a lot about his future with Selena since they’ve been in Jamaica. Justin‘s really inspired right now and that has not only sparked new music from Justin, but personal conversation with his loved ones as well. Justin and Selena have been having discussions about their future together and they can absolutely see a life where they are married and enjoying kids together,” a source close to Justin told us. Isn’t that amazing? We LOVE weddings.

Yesterday was the most amazing day ever. I married my best friend! I love you!

HollywoodLifers, if you’d like, go ahead and wish the newlyweds a happy life together in the comments section below!