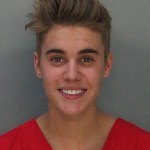 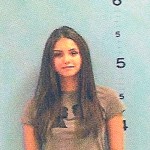 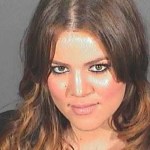 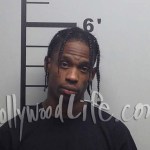 Did you know Justin Bieber isn’t the only celeb who was arrested at a young age? 8 other stars experienced some legal trouble, too! See their mugshots.

Like us, celebrities make mistakes, too! These nine celebs have all gotten arrested before the age of 25! Hopefully by now, you know about Justin Bieber‘s arrest in 2014. The singer was pulled over while racing through a Miami neighborhood with a blood alcohol level that was well above the legal limit. Beiber even failed his sobriety test, which landed him in jail. The singer didn’t seem too phased about his arrest though, as his mug shot shows him with a huge smile on his face! The Biebs didn’t particularly enjoy his 24 hours in jail, however. In fact, there were reports of a video of him urinating and stumbling in a jail cell because he had to pee so bad! Maybe don’t drink and drive next time, Justin!

Did you know Vampire Diaries star Nina Dobrev was once arrested, too!? Her and five co-stars were arrested for disorderly conduct in 2009 after they were caught flashing cars on an overpass! Kind of strange, huh? Co-stars Tyler Shields, Sara Canning, Candice Accola, and Kayla Ewell were all arrested along with Nina. The actors were all super cooperative, and were able to leave after they paid a fine.

Another infamous celebrity arrest belongs to Khloe Kardashian! We still crack up every time we watch that episode of KUWTK, where Khloe spent 30 hours in jail. However, it’s not really a laughing matter. Khloe was arrested in 2007 for a DUI, which can be a real serious offense. Khloe broke her probation rules and was ordered to serve some jail time. The reality star was set to spend an entire month in jail, however, she was released after only 30 hours due to overcrowding.

Check out the gallery above to see more celebs who were arrested under age 25!

HollywoodLifers, which celebrity arrest were you most shocked by? Let us know in the comments below!