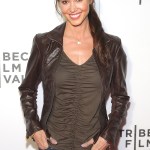 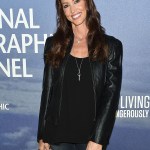 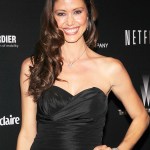 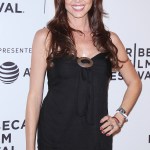 Before she moves in to ‘Celebrity Big Brother’, learn everything you need to know about ‘American Pie’ star, Shannon Elizabeth.

1.) Shannon Elizabeth, 44, is best known for her role in the late 90’s teen comedy, ‘American Pie’. Shannon played the very sexy foreign exchange student, Nadia, who Jim (Jason Biggs) is crushing on throughout the film. The young actress skyrocketed to fame, later appearing in early millennium movies like Scary Movie, Jay and Silent Bob Strike Back, Love Actually and Th13ten Ghosts. Over the course of her acting career, Shannon was featured on shows like Just Shoot Me, Melissa & Joey and  That 70’s Show. Chances are you’ve definitely seen her work!

2.) In her free time, Shannon focuses on her charity, Animal Avengers. The non-profit rescue organization that she founded with her ex-husband helps rescue animals and find them safe, happy homes. Shannon works hard to keep Animal Avengers going, which includes participating in events and even celebrity poker tournaments to raise money for the organization. What an angel!

3.) Shannon is currently not married. The actress has been divorced from her first husband, Joseph D. Reitman, since 2005. In 2014 she was reported to be dating music mogul, Russell Simmons, after the pair showed up together to a Golden Globes party during awards season. It’s unclear whether or not the two were an actual item and/or if they are even still together.

4.) It’s pretty easy to meet Shannon these days! Thanks to the ongoing success of fan conventions all over the world, Shannon has become a staple at all sorts of different autograph cons. In fact, in November 2017, Shannon reunited with a bunch of her American Pie co-stars at the Horror Hound convention in Columbus, Ohio. The reunion included Mena Suvari, Tara Reid, Chris Owen and Thomas Ian Nicholas.

5.) Shannon isn’t acting much anymore. According to her IMDb, Shannon stopped acting in 2016 and instead has been focusing on her organization and traveling the world to meet fans. and raise money. We can’t wait to see her on Celebrity Big Brother, next!

Tell us, HollywoodLifers — What do YOU think about Shannon joining the Celebrity Big Brother house? Comment below, let us know!