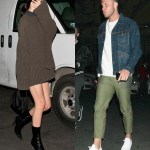 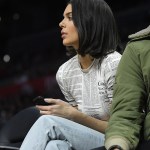 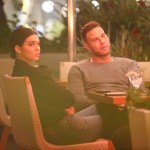 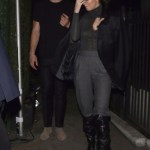 Contrary to popular belief, some girls do kiss and tell! After going on a date with NBA star Blake Griffin, Lolo Jones is calling him out for being a bad kisser.

Blake Griffin, 28, can’t catch a break! After catching the world by surprise with his trade to the Detroit Pistons on Jan. 29, he now, has more shocking news being thrown his way. Former fling, Lolo Jones, 35, is slamming him as a terrible kisser. Yes, you read that correctly! The gorgeous Olympian took to Instagram to unload the big secret after a fan accused her of having a crush on Blake in the comments section of ESPN’s Sportscenter account. She quickly shut the accusation down with, “Nah I went on a date with him. Worst date of my life and he’s a terrible kisser.” Yikes, I guess Blake doesn’t score in all areas of life. We are uncertain of when their alleged date took place, but one thing’s for sure, it was short lived.

The news on Blake’s kissing abilities is not something we expected to hear, but it might explain why Kendall Jenner, 22, is relieved he’s moving to Detroit….well, maybe. As we previously reported, Kendall was not too upset over his trade, in fact she thinks it will make it easier to move on. Blake and Kendall have only been dating for four months, so it’s safe to say their relationship wasn’t very serious to begin with. Besides being spotted out together a few times, neither Kendall nor Blake ever made their love super public or Instagram official. We can only hope his bad kissing reputation has nothing to do with it.

Nevertheless, Blake’s trade to Detroit will be a huge adjustment. Blake, who is a father to two kids, Finely Elaine Griffin and Ford Wilson Cameron-Griffin, has spent the majority of his basketball career on the west coast. But being that balling is his passion, we’re sure he will settle in just fine.

HollywoodLifers, what do you think of Lolo Jones slamming Blake Griffin as a bad kisser? Let us know your thoughts below!