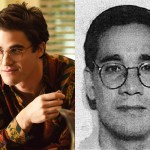 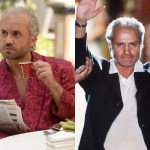 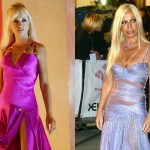 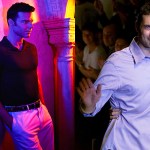 Penelope Cruz is playing fashion legend Donatella Versace in ‘American Crime Story.’ The show premieres Jan. 17, so here’s what you need to know about Gianni Versace’s sister before watching.

1. Donatella Versace took over the label’s designs after her brother’s tragic murder. Gianni Versace was shot and killed by Andrew Cunanan on July 15, 1997, in Miami. Gianni’s shocking murder shocked the world and changed the Versace family’s life forever. Gianni’s brother, Santo, 73, became the new SEO of Gianni Versace S.p.A. Donatella, 62, became the new head of design and is the current vice president of the Versace Group. Over the years, Donatella has kept Gianni’s legacy alive with cutting edge designs.

2. She designed one of the most famous dresses of all-time. The popularity of the Versace label reached new heights with the famous Versace green dress worn by Jennifer Lopez, 48, at the 2000 Grammys. The dress became so well known and people wanted to see it so much that Google created Google Image Search because of it. “At the time, it was the most popular search query we had ever seen,” Google executive founder Eric Schmidt told Vogue. “But we had no surefire way of getting users exactly what they wanted: JLo wearing that dress. Google Image Search was born.” Donatella has since designed gowns worn by Lady Gaga, 31, Demi Moore, 55, Beyonce, 36, and more.

3. She’s not a natural blonde. Gianni told Donatella to dye her hair blonde when she was 11 years old. “Back then Gianni was so obsessed with [Patty] Pravo, an iron-straight-haired ‘blond,’ that he persuaded eleven-year-old Donatella to dye her own hair just like his heroine,” Ingrid Sischy revealed in a book she co-wrote with Donatella titled Versace. “They both knew their mother would have a fit, but the adoring younger sister went along with her brother’s invention of her new blond look.”

4. Donatella has two kids with her former husband. Paul Beck and Donatella were married from 1983 to 2000. They have two kids: Allegra, 31, and Daniel. In his will, Gianni left half of his company to Allegra. Daniel inherited Gianni’s rare artwork collection. Allegra now works for the company and is on the board of directors.

5. She honored her brother in a big way at one of her latest fashion shows. Versace’s Spring 2018 collection is called “The Versace Tribute Collection.” In Sept. 2017, five of Gianni’s most beloved supermodels Naomi Campbell, 47, Claudia Schiffer, 47, Cindy Crawford, 51, Helena Christensen, 49, and Carla Bruni, 50, walked the runway in honor of Gianni at Milan Fashion Week. “This collection is a tribute to the life and works of Gianni. We pay homage to not only his artistic genius but to who he was as a man, and above all, as my brother,” Donatella wrote for the collection’s video.

HollywoodLifers, are you going to watch the newest season of American Crime Story? Let us know!